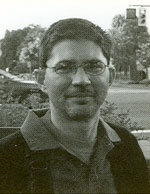 
Founder of the Canadian Disabled Individuals Association, Ron Didur wrote Life Side Up: Encounter Disability Experience Life (Canadian Disabled Individuals Association, 2005). Partially based on the Didur's own experience with disability, the novel follows Jay, an active, healthy man who develops a debilitating disease. After losing the ability to pursue the activities he loves, Jay dies in a car accident and inexplicably awakens as someone else. Although he is able-bodied again, he finds he is missing one thing, Janet, the true love of his life.

Articles: 1 Article for this author
Life Side Up by Ron Didur
Review


Composed in a supple, spare, direct, briefly-worded style, which works particularly well in the highly-charged, dramatic moments where superlatives are not called for, Life Side Up, by Ron Didur, deals with the author's real-life experience of a life of pleasure and exotic pastimes - (such as flying planes and golfing, expensive shopping sprees and dining out with a beautiful wife he adores, a successful and lucrative career as a popular musician performing in pubs and nightclubs) - but all of which is blotted out by the dreaded illness of multiple sclerosis. The protagonist, Jay Dines, (who represents the author), dies, partly from complications arising from his illness, partly as a result of a car accident. He is immediately reincarnated in a second existence. Since the book is written in his voice, it is clearly indicated that this book is composed from the protagonist's enviable perspective of a second life.

It may be argued that the "sty of comfort"; which Jay Dines describes himself as enjoying is lacking in vitality and human interest. Apart from the evident fact that it resonates a chord regardless in the hearts of North Americans ... the message in the book is clear: suffering ennobles, refines and dignifies, and also heightens our perception and appreciation of Life's most beautiful moments - a central concept in Christianity.

In an episode where the disabled Jay, his wife, and all his friends are stolen of everything and find themselves penniless, without passports and without I.D., in the Caribbean, the following ensues ...

We went to a pub just off the main street and stayed there for a few drinks. We still had lots of the day left so we thought we would explore some musical aspects of the Caribbean culture. We left out a side door because that was the only door accessible. When we got outside there was what looked like a gang mulling around the alley.

They spotted us immediately. We must have looked like easy targets: two women, one guy in a wheelchair, and only one other guy, all on vacation. They approached us and demanded our wallets and anything we were carrying. Our money, identification, and plane tickets were all stolen and we were left with absolutely nothing.

We thought we would go to the consulate, but we had no money so we couldn't even call a cab. The consulate was several miles away so walking wasn't an option. I had an idea: I would sing on the street and leave my hat on the ground for donations. That should make us enough money for a cab. The only problem was that it was Saturday and we weren't sure if there was any emergency help, but we thought that would be the best place to start.

It was incredible. People asked me if they could help even before I put my hat on the ground. I made ten bucks without even opening my mouth. It must have looked like I had just been robbed, because other tourists and even some people I had seen on the ship stopped and asked how they could help. I sang Janet's Eyes a cappella, and immediately drew a crowd. After about an hour I stopped, and we counted the money to see if there was enough for a cab. It turned out that there was, with enough left over for a meal and hotel for all of us. Nothing could be done until Monday, so we had to find a room for two nights until we were able to resolve everything. We decided that I would do the same thing tomorrow. This whole event made me feel empowered as I was able to contribute to keeping Janet and my friends safe by providing them with a hotel and meals. Surprisingly, that experience made my vacation memorable and one of the best ever.

We found the cheapest hotel we could in a safe part of the city, and the next day I went back to a similar area and entertained. Again I was successful; we made over $200 in two hours. Jokingly, Pat asked if I would like to be their sugar daddy for a few months in the Caribbean. The idea wasn't that far-fetched, because I made a couple hundred more in another two hours after lunch. We resolved our ID and plane ticket problems and on Monday arranged for a departure that evening. (pages 94-95)

Immediately evident in this quotation are all of the author's stylistic virtues: brevity, simplicity and economy of wording, a well-calculated, substantial and factual style where the effect is communicated through information and detail, an essentially dramatic way of writing if not quite a "poetic";! Moreover, the experience which the author describes in this passage is corroborated one hundred per cent by my own experience: selling poetry books door-to-door ... even though my own disability is merely nervous and psychiatric and not as serious as multiple sclerosis. Talk of the potential of the disabled! I found this episode genuinely compelling and after my own heart!

After his death Jay Dines is reincarnated in another body according to his own account to his wife when he eventually gets to propose to her again in his second existence:

"I can tell you things that only you and Jay know because I am Jay. I was reborn into a homeless man's body hundreds of miles away. It took me this long to get off the streets, get back to this city, make friends with Pat again, and then get to know you again."; I never took my eyes off hers; she knew that I was deadly serious. "I can tell you how we met, I can describe our wedding night, and I can describe to you the only flight that you went on with Jay. Or rather that we went on together.";
(page 127)

I clearly remember a friend, a rights lawyer who purchases my books and practices Buddhism, telling me: "No one is judging you. You are the author of your own reality. What you are in this life you will be in the next."; We were discussing semantic problems in our diverging Christian and Buddhist points of view. I clearly understand and admit the possibility that a merciful God would offer certain worthy people the option of rebirth rather than the catastrophe of Hell but I personally support a Christian belief system wherein the day of Judgment inexorably draws closer upon everyone and everyone will be obliged to render unto the Divine Judge an account of his one life or of however many lives he or she may have been granted.

One gets the impression that Didur's personal faith in reincarnation may be to a certain extent a faith of convenience in that it is fashionable and in that it does not involve the soul-searching and the heartache associated with Hell, Purgatory and Heaven. Didur does not display Plato's mystical insight nor Wordsworth's equally compelling poetic touch ...

Our birth is but a sleep and a forgetting.
The soul that rises with us, our Life's star,
hath had elsewhere its setting,
and cometh from afar.
Not in entire forgetfulness,
nor in utter nakedness,
but trailing clouds of glory do we come
from God Who is our home ...

Nor does Didur display a real philosopher's critical edge, or theological/ metaphysical rigour, in assessing and analyzing his unexamined personal Faith. As such he makes a tall order on the belief system of readers whose personal Faith points elsewhere. Yet it may be said even by a Christian that he believes in Life after Death and ought to be commended ...

So, what Ron Didur brings to the reader, and deserves to be applauded for, are a few positive points. The first is his personal Faith in Life after Death. The second is what many Christians may call his theological virtue of Hope. The third is his energetic readiness to create a viable work of art out of his personal suffering in that he needs one hundred per cent all of the art-therapy which he is willing to administer unto himself ... (God helps those who help themselves). A fourth good point is the emerging value that suffering ennobles, refines and dignifies many a life of relative comfort - it tends to be an observable human phenomenon that one only grows through suffering! (a key tenet of Christian theology). A fifth good point upon which he deserves to be applauded is his overpowering belief in the eternal value of true love between man and woman. No sooner is Jay Dines, the protagonist, reincarnated than he simply goes back to the woman he loved so deeply in his previous existence ...

I walked up to a keyboard, pressed a key to make sure it was live, and said, "On our anniversary, we took a carriage to the symphony, which I had dedicated to us by the conductor. I sang a song to you that I had written called Today. I also wrote and sang a song based on comments from Marlow called Janet's Eyes. It went like this ...";

I played it on the keyboard and sang it beautifully, without taking my eyes off her. I could see the tears welling up. When I was done I grabbed her hand and pulled off her engagement ring, showed it to her, and said, "Janet ... will you marry me again?";