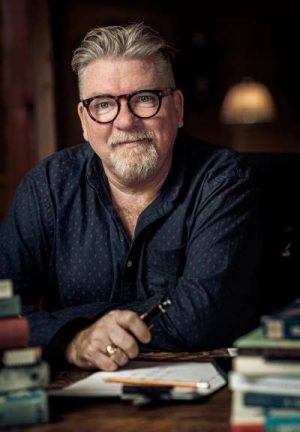 
A failed musician, Tony Vicar saves a car accident victim and suddenly rockets from complete unknown to a legend in mere months in Vince R. Ditrich's dark farce, The Liquor Vicar (Dundurn $18.99), due out next summer. When he attracts the attention of a siren who tries to separate him from his girlfriend, Tony is faced with the consequences of his life-long dream of celebrity and the unforeseen dangers to his life and love that it brings.

Vince R. Ditrich is the drummer and manager of the band Spirit of the West. He has earned more than a dozen gold and platinum albums, and been enshrined in several Halls of Fame. He lives on Vancouver Island.