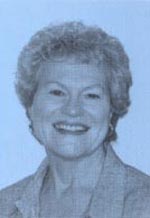 
Born in Edinburgh, Scotland, Dobbie immigrated to Canada in 1957. She started Dowco Consultants, a steel detailing business, with her husband and received her B.A. from SFU as a mature student. Living both in Langley and Harrison Lake, she has been a Volunteer at the Langley Centennial Museum since 1993. Her first novel is When Eagles Call (Ronsdale Press, 2003), the story of Kimo, a young Hawaiian native living in the 19th century who signs up for duty with the Hudson's Bay Company. He meets a half-Kwantlen, half-French-Canadian woman named Rose and decides to stay as a pioneer in the Langley area.

Dobbie next published a sequel entitled River of Gold (Ronsdale Press, 2009). In this sequel, two Hawaiian labourers - Kimo Kanui and his friend Moku - end their contract with the Hudson's Bay Company in Fort Langley and trek north to join the great Cariboo gold rush of the early 1860s. Along with a black man from the Carolinas and a native Sto:lo woman won and freed in a card game, they face dangers and challenges along the trail as winter sets in. Gun-toting Californians, drunken miners, hostile natives as well as characters from British Columbia's history - James Douglas, Judge Begbie, Ovid Allard and Cataline - stride through the novel.

Reviews of the author's work by BC Studies:
River of Gold

Articles: 1 Article for this author
When Eagles Call (Ronsdale $19.95)
Article

Dobbie's protagonist is one of hundreds of Hawaiians who were imported by the HBC and the North West Company to work in the fur trade from 1811 onwards.

Recruited in Honolulu, Kimo and his seven companions are told they'll be stationed somewhere between Sacramento and Alaska. During his six weeks aboard the Thomasina, he discovers any 'Kanaka' (the word for 'person' in Hawaiian) who fails to obey orders will be clapped in irons; malcontents will be flogged. In leaving behind the degradation of his beloved "Old Hawaii";-a paradise ruined by missionaries, sailors and brothels-Kimo has unwittingly opted for a puzzling and cold place where pelts are as important as people.

Indentured HBC service is only one step up from slavery. Much to his dismay, he must help the HBC control warring factions of Indians. Transferred from the trading hub of Fort Vancouver in Oregon to squalid and remote Fort Langley, Kimo is paid to subjugate the Sto:lo, the River People, also known as the Halkomelen.

"Slavery was a large and cruel part of Indian culture in the Pacific Northwest and he wondered if and when it would end. Some Indian wives of the fort men even kept slaves. He hadn't quite grasped how it all worked, for some were treated well enough-almost as family-while others were utterly brutalized.

"When he thought about it, there were days he felt much like a slave himself. All fort employees were, in a sense, slaves to the Company. The only difference was that your bondage ended after three years, and you got paid for it.

Venereal disease, known as Chinook love fever, is not the least of the worries faced by the transplanted Europeans, Hawaiians and their Indian concubines. Some, like the Hawaiian bully Ahuhu, are reduced to abject weakness and desperation by alienation. Kimo stays out of trouble as much as he can and becomes enamoured of Rose Fanon, daughter of a departed Voyageur named Jacques and a Nooksack woman named Lawi'qum. Unable to speak her language, Kimo romances her, saves her and hopes to gain her people's consent to marry her.

The loyalties of the earnest young hero are divided between his HBC duties, yearnings for Hawaii and his infatuation for Rose under the swaying pines.

The Fort Langley annals used for research are at Langley's Centennial Museum where Dobbie worked as a volunteer docent for ten years. 1-55380-005-2