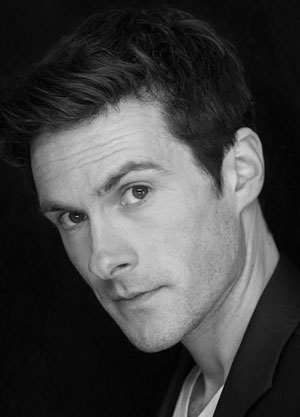 
With approximately 100 archival photos, playwright Jesse Donaldson's This Day in Vancouver (Anvil 2013 $32) is a compendium of facts about Vancouver, one for each day of the year. It was a finalist for the Bill Duthie Booksellers' Choice Award.

According to promotional materials: "The City of Vancouver has been through a lot in its first 127 years. It's a city that has played host to the likes of Mark Twain, Alice Cooper, Elvis Presley, Winston Churchill, The Beatles, Louis Armstrong, Howard Hughes, Expo '86, and the 2010 Olympic Winter Games. It's the birthplace of Canada's first female MLA, the country's first (and largest) clothing-optional beach, and the reason for the first nationwide prohibition legislation. It was the final resting place of Errol Flynn, and the city where two of his genital warts were briefly (and posthumously) kidnapped. It has been a hotbed of political activism, technological innovation, and bitter racial tension. It is the site of the West Coast's first electric light, and the nation's first female police officers, as well as home to world-renowned actors, deadly snipers, twisted serial killers, UFOs, the founders of Greenpeace, an official Town Fool, and even the headquarters for the Canadian Ku Klux Klan. It's a city on a journey; a journey that has taken it from being an unrefined, out-of-the-way, frontier logging village, to its current position as one of the most livable cities in the world. This Day in Vancouver is the story of that 127-year journey, one day at a time."

Donaldson's second book, examines the pervasive role of real estate developers in Vancouver's history. From publicity for the book: "Ever since Europeans first laid claim to the Squamish Nation territory in the 1870s, the real estate industry has held the region in its grip. Its influence has been grotesquely pervasive at every level of civic life, determining landmarks like Stanley Park and City Hall, as well as street names, neighbourhoods -- even the name 'Vancouver' itself. Land of Destiny aims to explore that influence, starting in 1862, with the first sale of land in the West End, and continuing up until the housing crisis of today." Donaldson explores the backroom dealings, the skulduggery and nepotism, the racism and the obscene profits, while at the same time, "revealing that the same forces which made Vancouver what it is -- speculation and global capital -- are the same ones that shape it today."

Fool's Gold: The Life and Legacy of Vancouver's Official Town Fool (Anvil 2020) is another in the series '49. 2: Tales from the Off Beat', which are dedicated to celebrating the eccentric and unusual aspects of Vancouver. In Fool's Gold, Donaldson explores the legacy of Joachim Foikis, 35-year-old former social worker named Joachim Foikis who, in 1968, received $3,500 from the Canada Council for the Arts in order to finance a unique, self-imposed mission unseen since Elizabethan England: reinvent the vanished tradition of Town Fool. Foikis, who held two university degrees (one in economics from the University of Berlin, and the other in literature from the University of British Columbia), was already well known throughout the city for his off-kilter antics. His aim, according to interviews with The Sun and The Province, was "to spread joy and confusion" while at the same time "mock the four pillars of society: money, status, respectability, and conformity."

Reviews of the author's work by BC Studies:
This Day in Vancouver

Depending on which rung of the city's so-called 'property ladder' you happen to be teetering, just that subtitle (A History of Vancouver Real Estate) of Jesse Donaldson's corrosive chronicle of more than a century of land prices -- inflated by speculation, back-room insider deals, unmitigated greed, blatant nepotism and shameless conflicts of interest -- is enough to provoke wailings, gnashing of teeth and the demented laughter of the damned.

"Before Vancouver was a city, it was -- first and foremost -- a real estate investment," Donaldson says in the introduction. The reader is invited to substitute "swindle," "hustle," "con game" or "boondoggle" for the word "investment" at almost any point in Donaldson's blood-boiling exposition of why taking out a crippling mortgage to buy into the Vancouver property market should be sufficient cause to get you pink-sheeted under the Mental Health Act and confined in an appropriate facility until you recover your wits.

The main title, Land of Destiny is an ironic mockery of the kind of platitudinous post-Imperial hype used by property speculators in late 19th and early 20th century to market land all over the planet as the mania for building railroads opened up the 'dark continents' of North America, Africa, Asia and eastern Russia to questionable development by the so-called civilized nations who could afford them.

Everywhere the steel rails went, worthless wilderness was magically transformed into prime real estate, peoples who had lived there for millennia were dispossessed by legal fiat (backed up with gunpowder), and desperate land-hungry immigrants got fleeced of their meagre life's savings like hick rubes on a carnival midway.

Vancouver was not unique in this respect. It may now be in the sense that few other such cities have had their dirty laundry aired as thoroughly and conspicuously as Donaldson hangs out Vancouver's skid-marked underwear on the Lion's Gate Bridge in this appalling account of the machinations of Vancouver's early 'city fathers.'

Take, for example, the fleecing of one Rudyard Kipling.

In his book Vancouver & Its Writers, Alan Twigg has previously noted that Rudyard Kipling had been greatly impressed by British Columbia during his wedding tour of North America in 1892. He was so pleased that he purchased a town lot in the Mt. Pleasant area (subdivision 264A, Ward Five) prior to embarking for Japan from the CPR dock on the Empress of India on April 4, 1892.

Kipling later wrote in American Notes: "He that sold it to me was a delightful English boy. All the boy said was, 'I give you my word it isn't on a cliff or under water, and before long the town ought to move out that way.' And I took it as easily as a man buys a piece of tobacco. I became owner of 400 well-developed pines, thousands of tons of granite scattered in blocks at the roots of the pines, and a sprinkling of earth. That's a town lot in Vancouver. You or your agent hold onto it till property rises, then sell out and buy more land farther out of town and repeat the process. I do not quite see how this sort of thing helps the growth of a town, but the English boy says it is the 'essence of speculation' so it must be all right. But I wish there were fewer pines and rather less granite on the ground."

Kipling was duped. When he returned in 1907, he learned that he'd been paying taxes on property legally owned by someone else.

Privately, Kipling wrote, "All the consolation we got from the smiling people of Vancouver was, "You bought that from Steve, did you? Ah-hah, Steve! You hadn't ought to ha' bought from Steve. No! Not from Steve!' And thus, did the good Steve cure us of speculating in real estate."

Fair warning: if you read this book in the closet-sized 'den' of your 700 square foot Yaletown loft, on the miniscule patio of your North Vancouver townhouse coldly shaded by a dozen other such units, or in the 'bonus room' over the double garage of your Surrey stucco cracker-box palace while calculating that your grandchildren will inherit your mortgage payments, you may be tempted to commit acts of vandalism or arson directed at City Hall or the nearest realtors' office.

Donaldson's complex, humorous, outraged and entertaining narrative is not a simplistic call-to-arms. It is as informative as it is incendiary. In the course of this caustic history, Donaldson documents the racist caveats that often accompanied real estate sales, in which prospective buyers of properties in certain up-market areas of Vancouver willingly signed undertakings not to sell their property to any person of Oriental or Negro persuasion. It's embarrassing to note that these disgraceful codicils continued into the 1960s before they were publicly shamed out of print, though their spirit lingers in certain parts of the city to this day as wealthy Asian newcomers move into neighbourhoods formerly reserved for British Imperial exiles and their pampered progeny.

After the Confederation of the eastern colonies in 1867, leaders of the emerging nation of Canada faced a choice harder than the rock of the Canadian Shield. They could content themselves with becoming a small nation in the north-east corner of North America, a double bed uncomfortably shared with a formerly subject French population, and surrender the Pacific Coast to the aggressively expansionist United States; or they could hock their future to build a transcontinental railroad that would unite them with the British colonies of the Pacific Coast, thwarting the American policy of Manifest Destiny and giving Canada a port to engage in trade with the entire Pacific Rim.

For a nascent Canada, a Pacific port linked by rail to the grain belt of the Prairies was a vital economic artery, for which they were prepared to cut any kind of Devil's bargain with railroad-builders. The Faustian pact Canada made with the CPR is a recurring theme in this book, since it affected speculation in Vancouver real estate, but that's a whole other equally lurid story. Pierre Berton's account of the building of the CPR, The Last Spike was published in 1971. It's overdue for "updating," as real estate agents say, and I can't imagine a better qualified writer than Jesse Donaldson to take John Henry's steel-drivin' hammer to that tale.

Meanwhile, Donaldson's account of the bare-faced hustles -- from the speculators who secretly lobbied for the site of the Canadian Pacific Railroad terminus, to the first mayors and city aldermen who were among the foremost property speculators, right up to the dubious sale of the Expo 86 lands on False Creek to offshore billionaire Li Ka-Shing, whose Concord Pacific company pre-sold unbuilt condos-in-the-air to Hong Kong investors without giving the local sharks so much as a taste of blood -- should be a lesson to us all in the ways of the world.