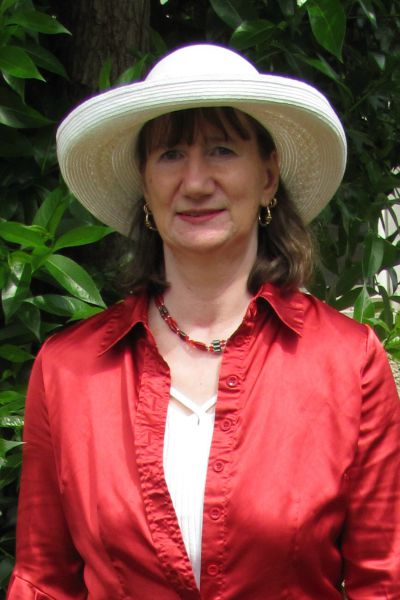 
Having travelled the backroads of B.C., Alberta, the Yukon and Alaska, Joan Donaldson-Yarney of the Alberni Valley has switched from writing travel articles to fiction with her Travelling Detective series. She belongs to the Crime Writers of Canada, Federation of B.C. Writers, the Port Alberni Arts Council and the Port Alberni Portal Players. Her short story, A Capital Offense, received Ascent Aspirations Magazine's first prize for flash fiction in 2010.

Donaldson-Yarney's first three mysteries are Illegally Dead, The Only Shadow In The House and Whistler's Murder, available as a boxed set. A fourth release, Gold Fever, combines mystery with romance.

Her Canadian Historical Series for Young Adults features West to the Best and West to Grand Portage. The former, West to the Bay, was selected by Top Grade for the CanLit for the Classroom / #WeHaveDiverseBooks brochure which features books annotated and recommended by educators for the Canadian classroom. Top Grade is an initiative of the Association of Canadian Publishers. Its brochure is distributed to Canadian classrooms.

Available only as e-books, her sci-fi titles are The Criminal Streak and Betrayed.

Born in New Westminster, Donaldson-Yarney was raised in Edmonton. While raising her children, she has worked as a bartender, hotel maid, cashier, bank teller, bookkeeper, printing press operator, meat wrapper, gold prospector, warehouse shipper, house renovator and nursing attendant. She belongs to Angels Abreast, a breast cancer survivor dragon boat race team in Nanaimo, British Columbia, Canada. Every four years the International Breast Cancer Paddlers Commission IBCPC) holds an international festival somewhere in the world. In the spring of 2014, she travelled to Sarasota, Florida to participate. She says she has moved thirty times.

Most of her books are available from Books We Love Ltd. of Alberta.

Illegally Dead. Toronto: Sumach Press, 2008 [At the outset of her research of the Alberta's Crowsnest Highway for a new article, travel writer Elizabeth Oliver is flagged down at a roadside crime scene.]

The Only Shadow in the House, Books We Love Publishing Partners, 2010