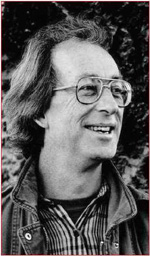 
"Wear the earth as if it were your skin." -- John Donlan

Originally from Baysville, Ontario, a hamlet of 200 people in the Muskoka district, Donlan grew up in a rural setting where his father used teams of horses to haul logs in the bush. Partly inspired by his natural surroundings, he began to write poetry for literary magazines in the 1960s. He has worked as a reference librarian since 1974, chiefly employed by the Vancouver Public Library. He became a poetry editor for Brick Books in 1987. Donlan is a half-yearly resident of Vancouver.