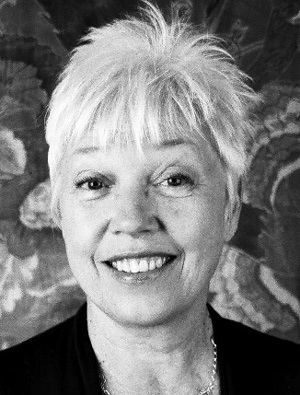 
Linda Dorricott is an ethnohistorical researcher and writer with an academic background in anthropology. Her research supports treaty negotiations, aboriginal land and resource use, archaeology, the development of First Nation archives and libraries and legal actions. Captain Richards' journal was obtained during a research trip to England in 2006. She was born and raised on Vancouver Island and lives in Nanaimo. The Private Journal of Captain G.H. Richards: The Vancouver Island Survey (1860-1862) (with Deidre Cullon) is her first book.


Roll over, Captain Vancouver! that is the message of a sensational discovery, The Private Journal of Captain G.H. Richards: The Vancouver Island Survey (1860-1862), published for the first time after 150 years.

The editors respectfully resurrect the Royal Navy captain as an integral contributor to British Columbia and they rightly cite "the personal qualities of balance, tolerance, integrity, and perseverance that are his legacy to British Columbia.";

Born in 1819 in Cornwall, George Henry Richards joined the Royal Navy at age thirteen and spent the 1830s, 1840s and 1850s on survey duty in many parts of the world, including South America, New Zealand, China and North America.
In 1837 he visited Nootka Sound as a midshipman on H.M.S. Sulphur. In the early 1850s he was involved in the contentious search by Edward Belcher for Sir John Franklin in the Arctic. He kept a private journal, still unpublished, that begins with these ominous words: "If any person ever makes public the writings in this diary may he be haunted by my ghost in this world and the next.";

In 1857, at the peak of his career, Richards was appointed chief surveyor and astronomer of the British Boundary Commission, charged with delineating the maritime boundary between the British and American possessions outlined in the Oregon Treaty.

Fortunately, Richards' work on coastal British Columbia was less contentious than his 1850s Arctic work, and, far from haunting us, his 1860s work on the Pacific coast has now been made public in all its clarity and intelligence-heretofore unduly overshadowed by Captain George Vancouver's accomplishments.

Between 1857 and 1862, Richards and his two survey ships, H.M.S. Plumper and H.M.S. Hecate, surveyed and charted not only the border region between the Gulf Islands and the San Juans, but the entire coastline of Vancouver Island, the Strait of Georgia, and parts of Haida Gwaii and the mainland coast, including Burrard Inlet, Howe Sound, Jervis Inlet, Bute Inlet, and the Fraser River as far as Fort Langley.
Much of this intricate coastline had not been systematically surveyed since Captain George Vancouver's visits of the 1790s. Richards and his capable crews charted channels, bays, rocks, reefs, and currents, and made the coastline safe for shipping and commerce.

The story of the 1860-1862 journal itself is intriguing. For generations it had remained securely in the private possession of Richards' descendants in the west of England, the Channer family. Known only to a handful of naval archivists and scholars, it had never been published or advertised.
Then in 2006 two Nanaimo-based researchers and anthropologists, Linda Dorricott and Deidre Cullon, traced the journal to the home of Captain Richards' great-great grandson, Donal Channer, a rural cottage in Wiltshire, and received permission to publish it.
At first glance, Richards' project was decidedly colonialist and imperial. He named islands, harbours, points, and other features after his ships and crew members. A few of these are Browning, Bedwell, Blunden and Gowlland Harbours; Campbell River, Mayne Island, Brockton Point, Pender Island, and Plumper Sound.

Among the hundreds of other names bestowed by Richards and his crews are False Creek, Mount Garibaldi, and Hecate Strait. Many such coastal place names, recorded by Captain John Walbran (who idolized Richards), and those recently compiled by Andrew Scott, are testament to the central role of the two GeorgesVancouver and Richards-in surveying and mapping the Pacific coast.

Indeed, this book is a considerable contribution to the history of colonial and aboriginal British Columbia. It contains a good many stray gems and insights that will resonate immediately with coastal historians, archaeologists, and other students of the coast.

At Lasqueti Island in June 1860, Richards noted that "The poverty of the soil is indeed a more serious drawback to colonization in this dependency of Great Britain. I have never seen in any country in the world such a general absence of moderately good land as I have met with both on the Vancouver Island shore and that of British Columbia.";

Richards also noted the rivalry between the colonial capitals of New Westminster and Victoria, and that mosquitoes were far more common on the mainland than the island colony.
He was a curious, careful and assiduous recorder of First Nations customs, languages, populations, territories, and habits. The editors helpfully provide a section entitled "Contact with First Nations"; and a useful "Index of First Nations."; Richards' genuine affection constantly shows through: at Quatsino he made friends with a girl, Yak-y-koss, with a conical head caused by having her cranium bound as an infant. He renewed his acquaintance with chiefs Maquinna and Wickaninnish from his 1837 visit and worked out their genealogies. He considered the Maquinna of 1863 "a very second rate fellow"; and speculated that he might be overly influenced by his wife.

Richards' detailed descriptions of Fort Rupert and its inhabitants are especially valuable. During the devastating smallpox epidemic in the summer of 1862, he described the smallpox vaccination programs of missionaries, Royal Navy officers, and HBC officers, and wished the colonial government would do more. "Our doctors [vaccinated] all who applied,"; he noted in June 1862 at Fort Rupert. He also:

â?˘ noted aboriginal use of fire to provide habitat for deer;
â?˘ lamented that slavery was still practiced among some aboriginal communities;
â?˘ described the ingenious use and construction of fish traps;
â?˘ noted the spread of potato cultivation on coastal B.C.;
â?˘ noted the prevalence of imported rice and molasses in the "orthodox feast"; on the island's west coast;
â?˘ described the continuing dominance and importance of the salmon fisheries;
â?˘ observed the continuing use of winter and summer villages;
â?˘ noted when First Nation villages had been seasonally or permanently abandoned.

"I can safely say,"; he wrote in May 1862, while on the west coast of Vancouver Island, "having seen & had dealings with almost all Native tribes in the world, I have never met a more friendly, harmless and well-disposed set of people than those on Vancouver Island.";

While some might prefer to question why some of Richards' names should even be on the modern map, we should remember the traditions of ability and decency that underlay the colonial project.
Dorricott and Cullon's well-edited work also contains a fine selection of original illustrations retrieved from public and private collections, as well as from the Hydrographic Office in Taunton, England. As they note, "Twenty-first century satellite photography cannot render the misty seas and immense forested shores suggested in these delicately etched and water-washed nautical drawings.";
In this journal, Richards repeatedly reveals himself as an urbane and humane man. We were lucky to have him here for five years. His work here is a reminder that there was more to renaming the coast than threats, intimidation, and gunboats.
978-1-55380-127-6

The Private Journal of Captain G.H. Richards joins a handful of other recently published diaries of Royal Navy officers of their stay on the BC coast. Volumes that have also emerged from the woodwork in country houses and private collections in Britain include:

10. He circumnavigated the globe three times.

9. During an expedition in search of Sir John Franklin, he completed a 93-day sledge journey considered to be one of the most extraordinary on record-travelling more than 2,000 miles over the frozen sea.

8. Some 78,000 miles of underground telegraph cables were laid under his direction.

6. After Captain George Vancouver, he is easily the most important surveyor of coastal waters in B.C. Richards
was the first to survey the entire coastline of Vancouver Island. Between 1858 and 1862 he compiled 36 nautical charts of Vancouver Island and the adjacent mainland.

5. He named Mayne Island, Pender Island, and many other significant landmarks and sea features after his crew members but nothing after himself. (No, Richards Street in Vancouver is not named after Captain Richards, and Grant Buday's recently published account of Captain Richards and his lieutenant, Richard Charles Mayne, is fictional.)

4. The first sailing directions for Vancouver Island were compiled from his charts in two editions of the Vancouver
Island Pilot.

3. He policed the waters around Vancouver Island without any bloodshed
or destruction of First Nation villages.

2. He brought his wife to live with him in Esquimalt where two of their children were born: a boy named Vancouver (honouring Captain George Vancouver) and Rose.

1. He kept a little-known journal of his Vancouver Island survey that has remained in the private libraries of his descendants in England for a century-and-a-half. And now editors Linda Dorricott and Deidre Cullon have been granted permission to
finally enable its publication.