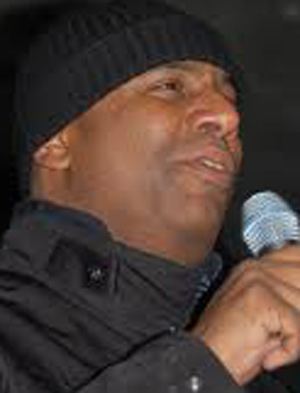 As well, Douglas is listed as the author of a cumulatively created study Every Building on 100 West Hastings (Contemporary Art Gallery / Arsenal Pulp Press, 2002; 2nd printing Arsenal 2014), co-winner of the City of Vancouver Book Award in 2003.

In 2011, he published Stan Douglas: Abbott & Cordova, 7 August 1971 (Arsenal 2011) arising from his creation of a gargantuan photo mural depicting Vancouver's infamous 1971 Gastown Riot. The book is a rare attempt to delve into the historical and social ramifications of a pivotal and violent event in Vancouver's history during which police, equipped with newly acquired riot sticks, pummeled relatively peaceful demonstrators during the "Gastown Smoke-in" held to protest harsh anti-marijuana laws. The debacle was the pinnacle of friction between the Georgia Straight 'hippie' newspaper and Mayor Tom Campbell, marking the beginning of the end of the 'peace 'n' love' counter-culture movement in B.C.

Coincidental with the world premiere of his innovative but less-than-artistically successful production of a faux noir theatre creation set in Vancouver's Hogan's Alley, Helen Lawrence, co-written with Chris Haddock, which received mixed reviews at the Arts Club in April, Stan Douglas had his career as a photography recognized with a prestigious coffee table book simply called Stan Douglas (Steidl 2014). It was the third annual publication celebrating the winner of the Scotiabank Photography Award, Canada's largest contemporary photography award for an established Canadian artist. 9783869307480 58 Euros

Review of the author's work by BC studies:
Vancouver Anthology


Stan Douglas: Abbott & Cordova, 7 August 1971, an art book on the politics of urban conflict, is based on the work of Stan Douglas, one of Canada's most revered contemporary artists. His film and video installations, photographs, and other works use the conventions of cinema, music, and literature to construct historical and cultural narratives, many of which are grounded in the story of Vancouver, his hometown.

The book's eponymous image is a 30 x 50-foot translucent photo mural on tempered glass installed in the atrium of the new Woodward's complex in Vancouver's Downtown Eastside. The image depicts the aftermath of an actual violent confrontation between police and the city's counterculture in what came to be known as the Gastown Riot, during which uniformed and undercover police officers attacked a peaceful "smoke-in" protest organized to oppose police narcotics agents' attempts to infiltrate the city's marijuana-smoking community. This book takes the riot, and Douglas's work, as points of departure to discuss the legacy and implications of this tumultuous time, not only for Vancouver but for all urban centres where dissent and conflict based on class, lifestyle, or other issues arise, and where the role of authorities is contested in the form of public demonstration.

The book contains five essays, whose writers bring together expertise on cinema, urban geography, modern art, conceptual art, mass media, and the history of the 1960s and '70s to bear on Douglas's work, as well as other images from Douglas's "Crowds & Riots" series and archival photographs from 1971.

ESSAYS & INTERVIEWS INCLUDE:
*"An Interview with Stan Douglas" by Alexander Alberro
*"The Moving Still: Stand Douglas's Abbott & Cordova, 7 August 1971" by Nora Alter
*"Performing Photography After Film" by Serge Guilbaut
*"Lightning From The Past: Police, Pot, Public, and Stan Douglass Abbott & Cordova, 7 August 1971" by Sven Lutticken
*"The Derelict, The Deserving Poor, and the Lumpen: The History of the Politics of Representation in the Downtown Eastside" by Jesse Proudfoot

ABOUT STAN DOUGLAS:
Stan Douglas is an internationally renowned visual artist who has exhibited widely, including at Documenta, the Venice Biennale, the Whitney Biennial, and the Carnegie International. In 2007, he won the inaugural $25,000 Hnatyshyn Foundation Visual Arts Award for excellence in Canadian visual arts. He has been the subject of numerous books and catalogues, including Stan Douglas, Past Imperfect Works 1986-2007 (Hatje Cantz) and Stan Douglas: Every Building on 100 West Hastings Street. Stan Douglas is represented by David Zwirner, New York and Victoria Miro Gallery, London. He lives in Vancouver.