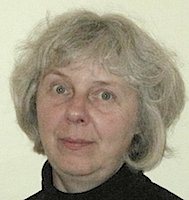 
In 2000 Audrey Driscoll began writing fiction after she retired from her career as a librarian. Her two novels Islands of the Gulf Volume 1, The Journey and Islands of the Gulf Volume 2, The Treasure are set on a fictional Gulf Island and in Victoria from 1926 to 1934 where they follow the career of Dr. Francis Dexter, a physician running from his troubled past. Bellefleur island offers him refuge, love, and friendship, however tragedy is near as he must struggle with his former self.

Driscoll has lived on the West Coast since 1969, mainly on Vancouver Island and Saltspring Island. Since 1992 she has been a resident of Victoria where she looks forward to further writing projects.