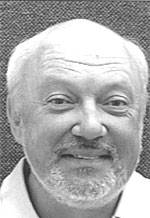 
"The history of Poland since the sixteenth century, when its empire began to unravel," writes Ryszard Dubanski, "is one of loss, longing and partitions under cruel dominations." On the eve of their honeymoon in 1940, for example, his mother was rounded up by the Russians and his father was picked up by the Germans. His father managed to jump over a fence and run away, joining his bride. Together they were crammed into a boxcar for 25-day trip to Siberia. "And they were lucky to get sent to a slave labour camp," writes Dubanksi, who now teaches at University College of the Fraser Valley. Ironically, Dubanski's parents and their friends managed to immigrate to the Canadian prairies where they found "a shadowless land of Siberian dimensions." Having been born to displaced parents in a camp for WW II survivors near Sherwood Forest in England, Ryszard Dubanski grew up in Winnipeg from ages two to twenty-two. His linked short stories in Black Teeth (Winnipeg: Signature Editions, 2005 $18.95) recall his experiences in Winnipeg's multicultural North End and the struggles of his parents. He lives in the Commercial Drive area of Vancouver. 1-897109-02-4