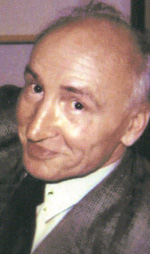 
Louis Dudek of Montreal was once Canada's premier man of letters. Robin Blaser of Simon Fraser University called him "Canada's most important--that is to say, consequential modern voice." For decades after beginning to teach at McGill University in 1951, Dudek was 'The Great Encourager', publishing the first books of numerous poets such as Leonard Cohen. Dudek came to Vancouver in the summer of 1962 to teach a summer course at UBC attended by several of the young writers who were producing the Tish poetry newsletter, among them Lionel Kearns. "Louis wanted to open us up, to make us look beyond our immediate restricted area of focus, to put our writing into the wider arena of history and learning. It was a good tonic for us at that point of our development," Kearns recalled in Eternal Conversations: Remembering Louis Dudek (DC Books, 2003), edited by Aileen Collins, Michael Gnarowski and Sonja A. Skarstedt. The legendary editor, publisher, poet and professor died on March 22, 2001. Even prior to his death, Dudek's name faded from the contemporary writing picture as writers in the 1990s failed to learn about Dudek's ground-breaking role in the country's small press movement with First Statement, Contact Press, CIV/n, Delta and Delta Canada. Born in Montreal, educated at McGill and Columbia University, Dudek was the Canadian link to Ezra Pound, with whom he corresponded extensively following Pound's incarceration in the wake of World War II.