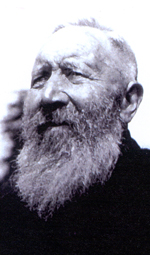 Eric Duncan of Sandwick in the Comox Valley was a farmer, historian, storekeeper and poet who published in The Shetland Times, Chamber's Journal, Gems of Poetry and the Comox Argus. He claimed his rhymes were "not the rose-tinted reveries of a rusticated rhapsodist, but the regular, rough reminiscences of a real rancher." Even though Duncan was raised a Scottish Presbyterian, he chose membership in the St. Andrew's Anglican Church in Sandwick because the service was closest to the Lutheran service to which his Swedish wife had been accustomed. A University of Victoria scholarship is given annually in his name to a deserving student from northern Vancouver Island. Motor cars were said to be the bane of his existence.