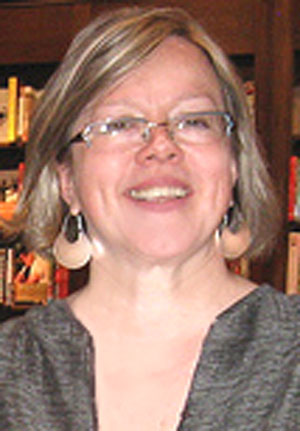 Master of Arts in the History of Art, Rosary College, Florence, Italy, 1983


So you wanna be an author? For Judith Saltman and Gail Edwards, it took eleven years of slogging-and endless cups of coffee and tea (and the occasional glass of wine)-to complete their research and interview 136 authors, illustrators, publishers, designers, librarians, children's literature specialists and booksellers.

That's how many people were consulted for Picturing Canada: A History of Canadian Children's Illustrated Books and Publishing, a one-of-a-kind overview that investigates the history of publishing for children in Canada, and asks what might be particularly Canadian about the text and illustrations in Canadian publications for children.

In some cases Edwards and Saltman had to become detectives to locate the heir of an illustrator whose book was so long out of print that the original publisher no longer existed, or had become part of a multinational corporation which had not retained the publishing records of their predecessors. Efforts to track the estate of Hazel Boswell, a Paris-trained artist and the granddaughter of BC Lieutenant-General Sir Henri-Gustave Joly de Lotbinière, were rewarded by the cooperation of a nonagenarian cousin.

At Library and Archives Canada in Ottawa, during a swelteringly hot week in July, they read through boxes of correspondence with art directors and editors, examined rough sketches, and compared finished art work to the printed image. "Anyone undertaking a history of publishing,"; they discovered, "is reliant on the corporate memory of institutions that may not recognize the importance of their own history.";

The collection of early children's publications held in Rare Books and Special Collections at the University of British Columbia was a prime resource.

As well, at the Osborne Collection of Early Children's Books at the Toronto Public Library, they confirmed that self-consciously Canadian publishing for children began at the turn of the twentieth century. They discovered a fine example in the publication of David Boyle's Uncle Jim's Canadian Nursery Rhymes, illustrated by C. W. Jefferys. His original watercolour illustration for the cover of the 1908 work was such a striking representation of a distinctively Canadian landscape that it became their choice for the cover of Picturing Canada.

And so, with help from almost 100 graduate research assistants from UBC's School of Library, Archival and Information Studies, Picturing Canada has found its way into the world, and the previously undocumented history of children's publishing in Canada has been documented.

Judith Saltman and Gail Edwards have also developed a database of Canadian award-winning illustrated books; mounted a website for the project at www.canadianchildlit.ca; and organized an exhibition of Canadian children's illustrated books based on Picturing Canada that was on display at UBC's Rare Books and Special Collections during the summer.