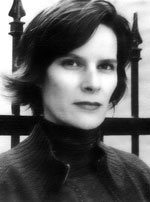 
After her first collection of linked stories, Uncomfortably Numb (Porcupine's Quill 2002), about adolescence from the perspective of a rock-music obsessed girl and her party-hard friends, Sharon English turned to an older Vancouver crowd with Zero Gravity (Porcupine's Quill $22.95). In this collection of short stories, in which the female narrator from eastern Canada is initially unsettled by the ambiguities of West Coast manners, a variety of characters confront the complexities of urban life particular to a place of rapid growth and high transience, and the paradoxes that come from living on the edge of wilderness. Born in London, Ontario, Sharon English lived in Vancouver for six years, enrolling in a Ph.D program at UBC, before returning to live in Toronto.