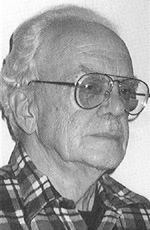 
Born in the coal mining town of Cle Elum in central Washington State in 1921, poet Harold Enrico has studied abroad and lived in the Washington State town of Cosmopolis. He has been chiefly published in British Columbia. J. Michael Yates at Sono Nis Press published Enrico's Now, A Thousand Years from Now (1975 and Rip Current (1986). Ron Hatch took over Cacanadadada Press, another press that was started by Yates, and published Enrico's third book, Dog Star (1990) as well as A Second Earth: Poems Selected and New (1997) and From Green to Gold: New & Selected Poems (2009). Hatch provides a critical and biographical appreciation in A Second Earth.