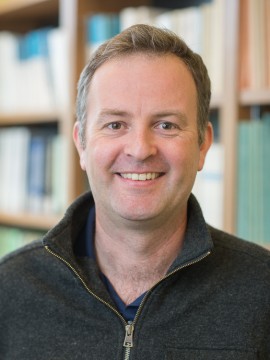 
Following World War II, Canada became known as a world leader in hydro-electricity production. Only Norway produced more per capita and only the U.S. generated more in terms of total output. Allied Power (University of Toronto Press, 2015) explores how the climate of war influenced Canada's hydro-electric development and expansion and led to the introduction of greater government controls. From publicity materials, this increased production of hydro power also "exacerbated regional disparities, transformed rivers through dam construction, and changed public attitudes to electricity though power conservation programs.";

Review of the author's work by BC Studies:
Fish versus Power: An Environmental History of the Fraser River
Allied Power: Mobilizing Hydro-electricity during Canada's Second World War

Matthew Evenden is an associate professor in the Department of Geography and the Chair of Canadian Studies at the University of British Columbia. He earned his BA at Queen's University and his MA and PhD at York University. Evenden is a founding executive member of NiCHE, the Network in Canadian History and Environment. He is also co-leader of The Water History Project, which looks at the many ways humans interact with "the hydrological environment.";