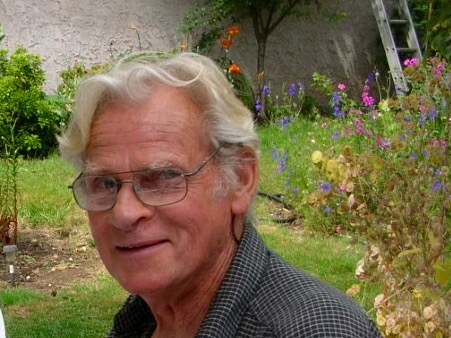 
Boats in My Blood (Harbour 2016) is the autobiography of Barrie Farrell, a prolific boat builder. The book is not only about boats, but shares Farrell's memories of 1950s Pender Harbour when it was still a fishing village, his battle with the bottle, and his bad business dealings. But most of all, Boats in My Blood depicts Farrell's character and good nature and a life devoted to the art of the boat.

Farrell was born in North Vancouver in 1934 and built a popular line of eponymous fiberglass boats in various locales around the south coast of B.C. until the late 1990s. He lives in Nanaimo and even at the age of 81 is still working on boats.


At thirteen, Barrie Farrell built his first boat (an eight-foot row boat) using nothing more than an old hammer with one claw, a dull handsaw and a rusty block plane. Dozens of speedboats, work boats and fish boats followed. He later became a pioneer of using fibreglass to give fishermen the ability to move through the water more quickly. His memoir Boats in My Blood (Harbour Publishing, $24.95) recalls his upbringing in Pender Harbour, North Vancouver and on Vancouver Island in the 1940s and 1950s, along with a host of memorable characters. As of 2016, hundreds of his vessels are still seaworthy in Canada and the United States for a wide variety of uses. Barrie Farrell was born in North Vancouver in 1934. He currently lives in Nanaimo and, at the age of 81, is still working on boats. 978-1-55017-755-8