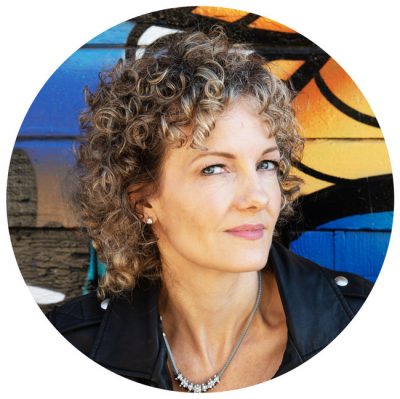 
Vancouver author and TV producer, Andrea Fehsenfeld wrote A Rainbow Like You (Free Form $15.99) about a fictional touring rock band headed by Adrian "Jazzer" Johnson. With a recent hit record, Johnson is under pressure to write another popular album just as he is feeling creatively spent. He also is about to start a new world tour. Things get even more complicated when Johnson finds a young female runaway, Hastings Sinclair hiding in his tour bus. Johnson is afraid of the backlash of having someone so young near him. Then he finds out that Sinclair has her own musical talent: she's a synesthete who can see music in colour. She helps Johnson get over his creative block but with surprising consequences. A Rainbow Like You won a silver in the 2021 Independent Book Awards "popular fiction" category and was one of six titles shortlisted for the 2021 Whistler Independent Book Awards in the fiction category.

Fehsenfeld is herself a rock and roll fan. She says she caught the concert bug as a teenager and has since taken in more than 400 concerts around the world. Her first novel, Completion (Free Form $13.99) is about a fugitive on the run from more than the law, who finds himself in a mysterious cult compound and gets caught between two feuding members who force him to face his darkest destiny.