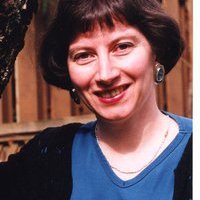 
Celtic scholar Joanne Findon was born in New Westminster, B.C. and earned her BA at UBC. She received her her MA and PhD in medieval studies at the University of Toronto.

As a professor of English literature at Trent University in Peterborough, Ontario, Findon has examined the life and times of Sarah Jameson Craig who grew up in rural New Brunswick in the 1800s. Educated at home by her parents when few working class girls were literate, she became a skilled writer who recorded detailed accounts of her adolescence through to her senior years. Her journals and memoirs create the framework for Seeking our Eden: the Dreams and Migrations of Sarah Jameson Craig (McGill-Queen's University Press, 2015).

Sarah Jameson Craig's life took her from New Brunswick to New Jersey, then west to Saskatchewan and finally to British Columbia. As an adult she became an advocate of women's rights and a staunch dress-reformer, believing the restrictive fashions of the day were a barrier to equality of the sexes. Sarah Jameson Craig was not only an early voice of Canadian feminism; Seeking our Eden reveals her to be a forward-thinker, open to exploring alternative medical treatments (water cures) and drawn to the concept of utopian colonies.

Findon is also the author of two picture books, The Dream of Aengus (Stoddart Kids, 1998), a retelling of an ancient Irish myth, and Auld Lang Syne (Stoddart Kids, 1997), a story of Robert Burns told from the poet's own perspective. As well, Findon's first children's novel, When Night Eats The Moon (Red Deer Press, 1999), follows Holly, a young girl sent back in time to 700 B.C., who is thought by the locals to be their saviour.

Review of the author's work by BC Studies:
Seeking Our Eden: The Dreams and Migrations of Sarah Jameson Craig

Science and Technology In the Middle Ages (Crabtree, 2005)

A Woman's Words: Emer and Female Speech in the Ulster Cycle (University of Toronto Press, 1997)

Articles: 1 Article for this author
When Night Eats The Moon (Red Deer $9.95)
Info


Coquitlam-based Celtic scholar and lecturer Joanne Findon has a new time-travel novel, When Night Eats The Moon (Red Deer $9.95), about flute-playing Holly, 13, who is left with relatives in England by her warring parents. Suddenly transported to 700 BC, she is received as a warrior by the Iron Age people attempting to settle near Stonehenge. As the Marengi-the chosen one-Holly must find the magic to protect them against the marauding Celts. She must do it before the next lunar eclipse-when night eats the moon. 0-88995-212-4