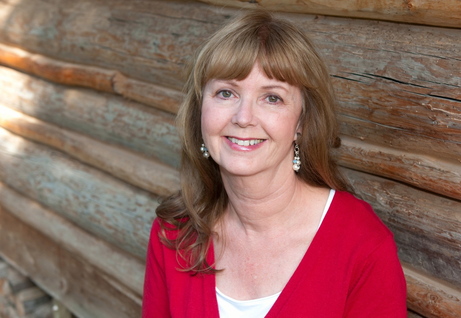 
Set during the Second World War, Elinor Florence's first novel, Bird's Eye View (Dundurn 2014), is about an idealistic prairie farm girl who joins the air force and becomes an aerial photographic interpreter and views the war through a microscope. The protagonist, Rose Jolliffe, is part of an intelligence system that spies on the enemy in the sky from a converted mansion in England. When her commanding officer, Gideon Fowler, sets his sights on Rose, both professionally and personally, her prospects look bright. But can he be trusted? As she becomes increasingly disillusioned by the destruction of war, Rose's world falls apart. Located about one mile north of London, the mansion where Rose works gets requisitioned by the Royal Air Force and renamed RAF Medmenham. Nowadays it's a luxury hotel called Danesfield House.

In Elinor Florence's second novel, Wildwood (Dundurn 2018), a single mother from Arizona must spend a year enduring pioneer conditions in the remote Alberta backwoods to earn her inheritance from her great-aunt's will. If she makes it through a year in an off-the-grid abandoned farmhouse, she can sell the land to fund her four-year-old daughter's much-needed medical treatment. But an idealist local farmer hopes to stop her plans to sell the property to an oil company. Molly Bannister must endure a brutal winter that includes blizzards and grizzly bears, emboldened by a journal that was kept by the land's original homesteader, her courageous great-aunt.

Florence has also self-published a book of her original interviews with veterans titled My Favourite Veterans: True Stories From World War Two's Hometown Heroes (self-published 2016). She maintains a remarkable, extensive blog called Wartime Wednesdays in which she shares her research into Canada's warttime history, concentrating on the two world wars.