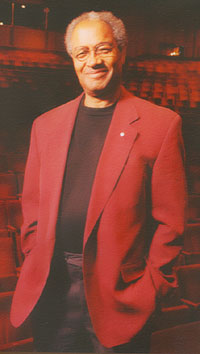 Jerome's story is especially compelling because he overcame racial hurdles as the the only black athlete in his North Vancouver high school. Doctors predicted Jerome would never walk again after he suffered a severe injury at the Perth Commonwealth Games in 1962 but he set seven world records, running the 100 metres in 10.2, 10.1 and 10.0 seconds successively.

In the words of the World and Olympic champion sprinter Donovan Bailey, "Harry Jerome is Canada's Jessie Owens. He faced the same battles in his time as Jessie did. Frankly, Harry Jerome's face should be on a dollar bill. He should be a national hero for what he went through.";

Upon his retirement from competition in 1969, Jerome accepted an invitation from Prime Minister Pierre Trudeau to work within Canada's new Ministry of Sport, but he resigned when a sponsorhip deal he had helped to arrange with Kellogg's to support amateur athletics was kiboshed by the government. The grandson of John Armstrong Howard, a railway porter who had competed for Canada in the 1912 and 1920 Olympics, Harry Jerome died of a brain aneurysm in 1982and was buried in Mountainview Cemetery in North Vancouver.

Jerome won gold medals for Canada at the British Empire and Commonwealth Games in 1966, and at the 1967 Pan American Games, but he "only" had one bronze medal to show for his appearances at three Olympic games, resulting in some assinine press coverage that led to bitterness. Just as Cassius Clay tossed his Olympic boxing medal off a bridge in disgust, Harry Jerome learned to distrust media and whimsical public notoriety.

It has been claimed that Harry Jerome was the first Canadian to officially hold a world track record, but Vancouver-born and raised sprinter Percy Williams set the world record for the 100 metres in 1929 and that record held until the arrival of Jesse Owens.

A member of the Order of Canada, biographer Fil Fraser was a president and CEO of Vision TV and served as the founding chair of the Banff Television Foundation, a charter member of the Canadian Association of Black Journalists and a governor of the Canadian Journalism Foundation. His film credits include the dramas Why Shoot the Teacher, Marie Anne and The Hounds of Notre Dame. He was also a member of the Spicer Commission, the Federal Task Force on Broadcasting Policy, the Canadian Multiculturalism Council and the Alberta Task Force on Film. An adjunct professor of Communication Studies at Athabasca University, he served three years as Chief Commissioner of the Alberta Human Rights Commission.