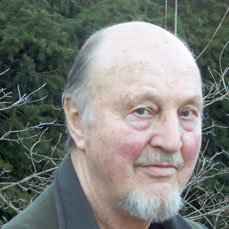 
Born in 1947, Ray Garford left rural Alberta at an early age with his widowed mother for a return to her native England where he was educated. Hitchhiking and working his way around Europe encouraged his wanderlust, prompting his return to Canada where he enrolled at the nascent Simon Fraser University in 1966 in spite of having not completed all his requisite studies in England. While majoring in English, he also gained a teacher's certificate. Some involvement with the Vancouver theatre scene led to a job as the business manager of the new Vancouver Shakespeare Festival in Vanier Park (later resurrected as Bard on the Beach). That venture failed, along with his marriage, so he responded spontaneously to an employment notice at Canada Manpower on Pender Street in Vancouver. The World University Services of Canada (WUSC) was looking for teachers for the newly independent country of Zimbabwe, a post-apartheid society formerly known as Rhodesia under the thumb of white supremicist Ian Smith.

So it was that Ray Garford, at age 37, began his three-year teaching stint in rural Zimbabwe in 1985, leading much later to his very readable and well-written recollection of various postings for a memoir, Two Goats, One Wife (Poplar Publishing 2015). The title of this exemplary, non-self-aggrandizing account is derived from his marriage to Tendai in April of 1988. She had joined the freedom fighters against the Smith regime at age eleven. Tendai did not tell her parents or relatives about her courthouse marriage. After a honeymoon in Botswana the couple went to her remote village in January of 1989 where a traditonal marriage ceremony was enacted during which Garford was required to pay the bride price of two goats.

Education in the nascent African nation was a great privilege taken seriously by the students. For girls, it was a relatively new phenomenon. Garford repeatedly tried to help disadvantaged students who were clearly worthy, sometimes providing economic assistance, and possibly this consistent attitude of altruism contributed to his marriage. Tendai was not an exemplary student but her character was strong. She had joined the freedom fighters after she saw some French Legionnaires at the market, who told a group of young boys that there were sweets inside the barrels of their guns. When the boys opened their mouths and put them up to the guns, the soldiers pulled the triggers. She saw three boys die; she knew them all from school.

Thereafter Tendai had spent eight months with the rebels before being carried on their shoulders across the Zambezi. Because they were not attacked by crocodiles, the soldiers believed that been protected by a spirit of Tendai's ancestors. She spent the duration of the war in a rebel camp in Mozambique. After that, she seldom saw her family. Garford was lonely and not getting any younger. While raising their two children, Richie and Julia, Garford taught in Botswana, gaining experience as an administrator, until bringing his family to Powell River, B.C. in 1994.

"There were bi-racial couples who returned to their home countries," he writes, "and some managed to stay together, and equally, others didn't. It was definitely easier to get your spouse into Canada in the 1980s but became progressively harder as time went by and the conservative elements in the West decided to man the barricades and keep economic migrants at bay. By the time Tendai and I returned, the cost of applying for her to enter the country had gone up by over 400 percent from our first application."

Having since retired to Courtenay, Ray Garford keeps in touch with some of his former students in Africa via social media. They call him "Kule" which means Grampa in Shona.

Articles: 1 Article for this author
Two Goats, One Wife
Excerpt


I took a deep breath and entered the classroom, "Hello everybody!";
This was met with that oft-practised choral line, "Good morning, teacher.";
"Hallelujah!"; I thought to myself. "I've hit the jackpot!"; This was like being back at my boarding school in England, teaching more-or-less what I had studied as a kid! Polite and obedient children! Young minds who were open to the idea of learning!
After taking attendance, which went very smoothly as my predecessor had left seating charts, his former lesson plans, as well as notes about who would be most helpful, I looked up and dove in with both feet.