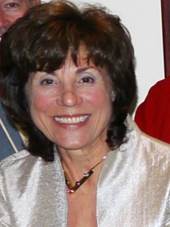 
Luisella Levi Garlick of Halfmoon Bay, B.C. was born in Varese, Italy, and lived there until her father's death, when she moved to Israel to live with her maternal grandparents. Six years later, her mother remarried, and she was uprooted again when the family moved to Africa, living in Zimbabwe, Zambia and South Africa. Garlick is married and her blended family includes four sons and seven grandchildren who are scattered among four continents.

According to publicity materials, "Claudia Valli embarks on a voyage from Western Canada to Geneva to attend her Uncle Renato's memorial service. Soon, she finds herself searching for answers amidst a blossoming relationship with the son of a longtime family friend. Fueled by a recently foiled plot to steal a "worthless"; painting given to her by her uncle, Claudia begins her quest for the truth as she discovers Renato's old journal and diary accounts of the war."