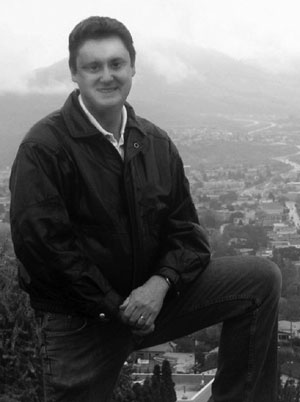 
Born in London, England, Will Garrett-Petts arrived in Canada in 1957. He writes about Canadian literature and the visual arts, image/text relations, and the cultural future of small cities. As Chair of English and Modern Languages at the University College of the Cariboo, his writing has been linked to his role as principal researcher with the Centre for the Study of Multiple Literacies, as Co-director for the "Cultural Future of Small Cities" CURA, and his collaborative work with The Image & Identity Research Collective (McGill University). The collaborators of IIRC share an interest in developing interdisciplinary, image-based research methodologies and artistic forms of representation for the Humanities and Social Sciences. Garrett-Petts' interest in visual literacy has led to numerous curatorial initiatives, one on photography and literature, two on memory mapping and the small city, and one called "Proximities: Artists' Statements and their Works" (Kamloops Art Gallery, October 2005). He has co-authored Photographing Encounters: The Edges and Edginess of Reading Prose Pictures and Visual Fictions (University of Alberta Press, 2000) and edited The Small Cities Book: On the Cultural Future of Small Cities (New Star, 2005), a compendium that localizes questions of globalization and cultural identity at the municipal level using Kamloops and its surrounding region as a 'living laboratory'.

The Last Best West (2009) is an exploration of myth and identity pertaining to Western Canada. It arose from the Last Best West Conference in September of 2007, organized by the Centre for the Study of Canada at Thompson Rivers University, directed by Anne Gagnon.

Review of the author's work by BC Studies:
The Last Best West: An Exploration of Myth, Identity and Quality of Life in Western Canada