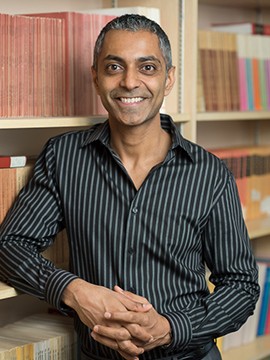 
As a scholar within the Peter Wall Institute at UBC, Amin Ghaziani was a UBC associate professor of sociology when he published There Goes The Gayborhood (Princeton University Press 2014 $35 U.S.), an overview that looks at the evolution of distinctly gay neighborhoods in the United States. Specifically, he examines gayborhoods such as the Castro District in San Francisco and New York's Greenwich Village, in the face of their increased integration with straight culture. As more gay men and women are leaving these 'free zones' for suburbs and smaller cities, and more straight people are moving into gay neighborhoods, how such clearly designated gayborhoods will cope with "post-gay culture" has yet to be determined. Ghaziani is also the author of The Dividends of Dissent: How Conflict and Culture Work in Lesbian and Gay Marches on Washington. [There Goes 9780691158792]