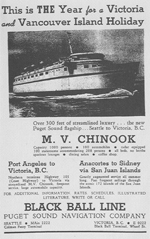 
As a correspondent with the Smithsonian Institute, John Kaye Gill (1851-1929)updated and published subsequent editions of Blanchet's classic 1852 reference work for priests concerning the Chinook language. It was first released by Blanchet as A Comprehensive, Explanatory, Correct Pronouncing Dictionary, and Jargon Vocabulary, to which is Added Numerous Conversations Enabling any Person to Speak Chinook Jargon. (Portland: S.J. M'Cormick, 1852). At least seven editions were released with various titles up to 1879. A copy of the fifth edition in the British Columbia Archives is entitled Dictionary of the Chinook Jargon: to which is added numerous conversations, thereby enabling any person to speak Chinook correctly (Portland, Oregon: S. J. McCormick, 1879).

Gill's first edition was entitled A Dictionary of the Chinook Jargon with Examples of Use in Conversation from Portland, Oregon in 1878. A ninth edition was listed as Gill's Dictionary of the Chinook Jargon. The work was revised and reprinted nine times until Gill became discouraged by the diminishing numbers of Chinook speakers. "A great portion of these have died or been killed by our enterprising settlers," he wrote, "the probable reason for this killing being that the Indians lived upon the lands our people wanted." As recorded in Charles Lillard and Terry Glavin's A Voice Great Within Us, the Chinook jargon has nonetheless survived on the internet. In the 1990s, Duane Pasco of Kitsap County in Washington State published a bimonthly Chinook newsletter called Tenas Wawa. An 18th edition of the Blanchet/Gill dictionary was published in 1960.