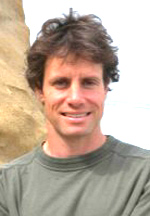 
Geoffrey M. Gluckman of Victoria came to Canada in 1994. For his 2007 spy thriller, Deadly Exchange, he drew from his training as a federal agent and recruitment by the CIA, as well as experience as an exercise physiologist and international lecturer. He has written for publications in the United States, Canada, and Australia, such as Iron Horse Magazine, Law Enforcement Technology, Credit Union Business and Mini Rider. In November 2007, he spoke at the Maryland Writers Association Baltimore Chapter meeting. Also, he was a featured speaker and author panelist at the Pulpwood Queens Bookclub Annual Gala event in Texas, January 2008. His poetry and fiction have been featured in several anthologies.