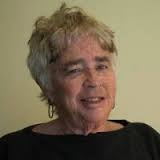 
Editor Penny Goldsmith has owned and operated Lazara Press. She is also the Vancouver-based co-author, with Georgina Taylor and Jan Barnsley, of: Women and Children Last: Custody Disputes in the Family Justice System (Vancouver Custody and Access Support and Advocacy Association, 1996).

She also co-authored a graphic booklet, Storming the Digital Divide: The PovNet Story (Lazara 2016), about an online anti-poverty network based in B.C. but with links to the rest of the country and beyond. Activists tell their stories of using PovNet to connect with others advocating for the rights of poor people, indigenous people, farmworkers, fishermen, people with disabilities, immigrants and refugees. There is also a timeline showing how austerity politics impacted grassroots social justice activists as the Canadian government social welfare policies were re-structured between 1971 too the present. [See review below]

Review of the author's work by BC Studies:
Storming the Digital Divide: The PovNet Story

Articles: 1 Article for this author
The Digital Divide
Article (2016)


The first email was sent in 1971. B.C. libraries were recognizing there was a need for internet access to be made available to people without computers by the mid-1990s.

But affording access to keyboards and screens was only half the battle.

Poor people needed to be shown the ropes.

For decades Goldsmith has maintained a book publishing imprint called Lazara Press, with literary offerings from the likes of Helen Potrebenko. It is lesser known that for 18 years as a freelance editor Penny Goldsmith has doubled as the executive co-ordinator of PovNet, an online anti-poverty network based in B.C. with links to the rest of Canada and elsewhere.

So what the heck is PovNet?

In the summer of 2015, Goldsmith left her PovNet post to produce Storming the Digital Divide: The PovNet Story (Lazara $12.95), a graphic summary of how PovNet activists and advocates have worked together, answering that question.

With illustrations by Kara Sievewright and additional art by Nicole Marie Burton, her book is a collection of activists' stories about using PovNet to connect with others advocating for the rights of poor people, indigenous people, farmworkers, fishermen, people with disabilities, immigrants and refugees.

As for that phrase, The Digitial Divide, it can be explained in one sentence: "When PovNet first started," Goldsmith writes, "people often asked me, how can you talk about computers and poverty in the same breath?"

Indeed. But attitudes can be a hindrance to learn about computers as much as lack of dough. "I used to teach secretaries how to use computers," says Goldsmith. "Highly skilled women were scared of losing their jobs because they were intimidated by computers.

"Working with them taught me that no one was ever going to be in a position of not being able to use PovNet because they didn't think they could use the technology we offered."

It is nowadays taken for granted, especially by younger people, that nearly everyone knows about the internet and how to access it. This assumption can be crippling to someone who has never been familiar with a keyboard, or who can't afford an IPhone, or who still doesn't know what the heck an "app" is.

As PovNet user Gisele Guay writes, "There's a very thin line when you're dealing with technology - you can take an attitude when you start using the internet saying to someone, 'Well that's easy - just go and look it up online.' I've tried to be careful not to do that. There are still a lot of people who can't or won't go online."

By taking into account such sensitivities to the learning curve for people without much money or experience, PovNet has grown to become a major resource for activists.

Here are some examples that Goldsmith cites as to how it can be effective as a conduit to empowerment:

-- A disability rights organizer in Nelson goes to the PovNet web site to get some information for a community workshop she is doing that night about changes to disability bus passes.

--A tenant in the lower mainland of Vancouver goes online to find an advocate to help him deal with a landlord trying to evict him.

--Several workers at a women's centre in a small northern British Columbia town sign up for an online course at PovNetU about dealing with debt because they have so many clients coming into the women's centre who are being harassed by a local collection agency.

A PovNet timeline at the back of the book provides a selective history of Poverty, Anti-Poverty Organizing and Technology in B.C. This chapter of Storming the Digital Divide illustrates how austerity politics impacted grassroots social justice activists when the Canadian government began restructuring social welfare policies from 1971 to the present. 978-0-920999-11-0

Penny Goldsmith owns and operates Lazara Press. She has worked in the anti-poverty community in Vancouver for over 35 years as an advocate, a community organizer, and writer and editor of public legal education booklets in plain language. She is the co-author, with Georgina Taylor and Jan Barnsley, of: Women and Children Last: Custody Disputes in the Family Justice System (Vancouver Custody and Access Support and Advocacy Association, 1996). She also co-authored, with illustrator Kara Sievewright Storming the Digital Divide: The PovNet Story (Lazara 2016); additional drawings by Nicole Marie Burton. She lives in Vancouver.

Illustrator Kara Sievewright is a writer, artist and designer who has published comics, writing and illustrations in various magazines and anthologies. Since 2005, she has been PovNet's web coordinator and illustrator. She is a member of the Graphic History Collective and lives in Daajiing.giids Linagaay Haida Gwaii as a settler on traditional Haida Territory.

Nicole Marie Burton is a comics artist, designer, researcher and educator. In 2013, she funded Ad Astra Comix, North America's first publisher exclusively devoted to comics with social justuce themes. She lives between Ottawa and Montreal with her partner, operating an artist's residency for political cartoonists.