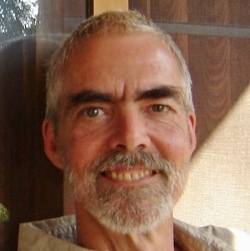 
Nowick Gray taught in Inuit villages in the Quebec Arctic before moving to the mountains of British Columbia and then onto Victoria in 2002. His Arctic experiences gave rise to his novel Hunter's Daughter (Five Rivers 2015) which explores themes of cultural friction and assimilation. It describes dual journeys of transformation for RCMP detective Corporal Jack McLain and eighteen-year-old Inuit woman Nilliq. While in pursuit of a killer, McLain faces pressure from headquarters and confronts stonewalling from the locals. Nilliq leaves the remote hunting camp she calls home in search of a new identity with Wallin, a young shaman who has is own mission in mind. His writings range from literary fiction to creative nonfiction, including his first novel, Rendezvous (World Castle 2013).

According to his website: Nowick Gray has an MA degree in English (Canadian Literature) from the University of Victoria (1976) and a BA degree from Dartmouth College (1972). He also attended Simon Fraser University where he received a Teaching Certificate in 1979. From 1980 to 2002 he lived on a land co-operative in the small mountain community of Argenta, British Columbia, Canada. He has self-published a group study guide, Active Nonviolence, and three books of collected rhythms for hand drum and percussion, Roots Jam. As an editor Nowick has worked on the Canadian Quaker pamphlet series, and in curriculum development for the Northern Quebec School Board.