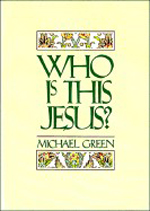 
Michael Green has masters' degrees from Oxford and Cambridge Universities. In 1992, he received an honorary Doctor of Divinity degree from the University of Toronto. He served as principal of St. John's College, Nottingham, from 1969 to 1975, and then as rector of St. Aldate's Church, Oxford, from 1975 to 1986. In 1987, he joined the faculty of Regent College, Vancouver, as professor of Evangelism, returning to England in 1993 to serve as Advisor in Evangelism to the Archbishops of Canterbury and York. The author of more than thirty books, many on evangelism, Michael has published Evangelism and the Local Church (1991), and Who Is This Jesus? (1992).

Evangelism and the Local Church (1991)

I Believe in Satan's Downfall (Eerdmans, William B. Publishing, 1981)

But Don't All Religions Lead to God?

Thirty Years That Changed the World: The Book of Acts for Today

Tyndale New Testament Commentaries: The Second Epistle General of Peter, and the General Epistle of Jude