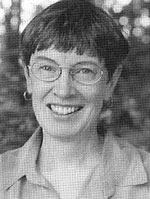 
Paul Grescoe and Audrey Grescoe were once mainly known as magazine writers and editors. Now he's a man of letters and she's a woman of letters. They've pondered a preponderance of private letters dating back to the founding of Canada for several anthologies of correspondence starting with The Book of Letters (MWR, 2002). Individually they've produced a variety of books in recent years, including Paul Grescoe's two mysteries. Together they produced an Alaska cruise guide.


Audrey Grescoe's Giants: The Colossal Trees of Pacific North America (Raincoast $39.95) tells stories about the trees and the people who have used, abused, discovered, studied and protected them, with photographs by Bob Herger. Not to be confused with the late Randy Stoltmann's Hiking Guide to the Big Trees of Southwestern British Columbia, released ten years ago.
1 55192 039 5