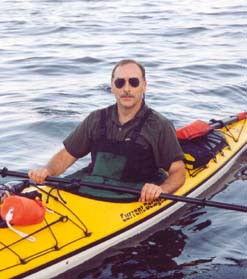 
Paul Grey was born in Nanaimo in 1951. His family has lived in Nanaimo and area for well over a hundred years. His father began work as a coal miner in Nanaimo. Coincidentally, Paul now teaches at Coal Tyee Elementary School situated above a Northfield mining shaft that his father worked in as a young man. Paul is currently working on a historical children's fiction set in early Nanaimo. In 1993 Paul won the local Prime Minister's awards of Canada for an environmental teaching project with his Grade 3 students. Three years later he won a provincial level Prime Minister's award of Canada. In 1997 he won a Royal Bank fellowship to Queen's University in Ontario for his work in Information Technology. Paul worked on several science projects with the Mid Island Science & Technology Council (MISTIC). He was recognized for his outstanding science work and received a lithograph as the outstanding science teacher of B.C. in 1999. Paul's school has since been recognized as a Network of Innovative School and received a $30,000 grant. His class has received numerous awards including honorable mention at an international multimedia competition. Paul's books include Easykayaker: a guide to laid-back Vancouver Island paddling [2002] and Kayaking Vancouver Island: Great trips from Port Hardy to Victoria [2003]. Paul is a co-founder of the Wave Publications Cooperative.