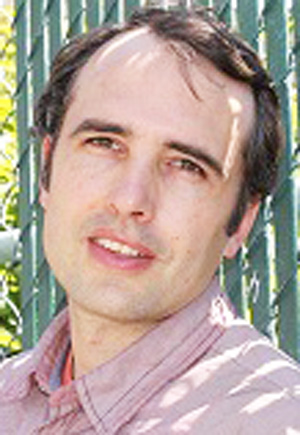 
After growing up in Kingston Ontario, Daniel Griffin lived in Guatemala, New Zealand, England, Scotland, France, India and the US. He currently makes his home in Victoria, BC with his wife Kimberly and their daughters Evelyn, Tessa and Vivian. His short stories have appeared in numerous magazines and journals across North America, have twice been selected for the Journey Prize anthology and were collected in the 2008 edition of Coming Attractions.

In his novel Two Roads Home (Freehand $21.95) Daniel Griffin re-imagines B.C.'s history of environmental activism. What if the peaceful anti-logging protests in the 1990s had gone overboard into violent activity? Griffin's cautionary tale follows a group of environmental activists who give up their peaceful protests for sabotage. What happens to the activists afterwards is Griffin's exploration into the matter of civil disobedience gone astray. How far is too far when it comes to protesting injustice? And what happens when that line is crossed?