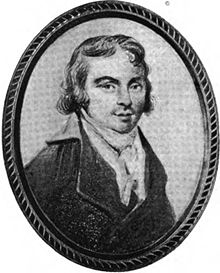 
American trade in the Pacific began when Robert Morris sent the Empress of China to trade with the Orient in 1784. Three years later Joseph Barrel initiated a three-way system of commerce with the Lady Washington: American goods from the eastern seaboard were traded to the northwest Indians in exchange for furs; these furs were sold in Canton; and profits were used to purchase textiles, porcelain, tea and other items from the Orient.

When Robert Gray returned to Clayoquot in September of 1791, he constructed a fort and also built a sloop called the Adventure. He placed it under the command of Robert Haswell, his second officer, born on November 24, 1768, probably in Nantasket, Massachusetts. The memoirs of Haswell and his fellow crewmembers John Boit and John Hoskins were not published during their lifetimes.

As trade in Alaska became more problematic due to violence and competition, Robert Gray's discovery of the Columbia River led sailors such as Haswell and Boit to speculate in their diaries about the possibilities of increased trade in the Columbia River region, giving rise to Astoria and the Oregon Territory dispute.

Whereas King George Men-as the Indians called them-had to be concerned with politics as well as commerce, the Boston Men-as the Americans were known-were exclusively interested in commerce. This proved advantageous for the Americans. As neutrals, they could play one side against the other and simultaneously remain aloof from the geopolitical rivalries between the Spanish and British.

As recorded by Haswell, relations between Americans and the British were soured by the deceitful efforts of John Meares who tried unsuccessfully to mislead American traders in 1788. Conversely, relations between Americans and the Spanish were enhanced by a firm friendship between John Kendrick and Nootka commander Martínez who first met on May 6, 1789 (while Kendrick was repairing the Columbia inside Nootka Sound).

John Kendrick was influential in his relations with the Nuu-chah-nulth. Moziáa records that Kendrick "for ten guns and a little powder, bought a piece of land in Maquinnas on which to spend the winter. He gained the friendship of the natives as no one else had, continually giving them presents, entertaining them with fireworks, speaking their language, wearing their clothes, and, in a word, adapting himself to all their customs. I cannot say whether it was self-interest or rivalry with the English that suggested to the Americans the perverse idea of teaching the savages the handling of firearms-a lesson that could be harmful to all humanity. He [Kendrick] gave Maquinna a swivel gun; he furnished Wickinanish with more than two hundred guns, two barrels of powder, and a considerable portion of shot, which [the Indians] have just finished using on the unhappy sailors of Captains Brown and Baker.";

The little-known logs of Haswell, Boit and Hoskins were first published in 1941 within a composite volume edited by F.W. Howay. Haswell's journal is A Voyage Around the World on Board the Ship Columbia Rediviva and Sloop Washington in 1787-89. After Haswell wrote to his half-sister saying his profession had "impaired my constitution beyond measure,"; he married in 1798 and joined the navy in 1799. Leaving the navy at age thirty-two, he took command of the Louisa, sailed from Boston in 1801 for the Pacific Northwest, and was lost at sea with his crew.