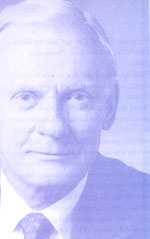 
Ivan Leigh Head served for ten years as a special assistant to Prime Minister Pierre Elliott Trudeau, advising him on foreign affairs, and co-writing a book with him, The Canadian Way: Shaping Canada's Foreign Policy, 1968-1984 (M&S, 1995). Head also served as president of the International Development Research Centre in Ottawa for 13 years, as of 1978, helping to facilitate research by scholars and institutions in developing countries. As a professor of North-South Relations at UBC, he explored the impact of growing financial and population inequities between northern and southern hemispheres in On a Hinge of History: The Mutual Vulnerability of South and North (University of Toronto Press, 1991). He also wrote The Fire Proof House (Dobbs Ferry, NY: Oceana Publications, 1967) and he co-wrote International Law, National Tribunals and the Rights of Aliens (Syracuse University Press, 1971) with Frank Griffith Dawson.

Born in Calgary, Alberta on July 28, 1930, Head attended the University of Alberta, where he held the 100-yard-dash record for several decades, and Harvard Law School. He was made Queen's Counsel in 1974. He received honorary degrees from eleven institutions and was made an Officer of the Order of Canada in 1990. Head served for six years as a Senior Fellow of the Salzburg Seminar and was serving on the boards of the Academy for Educational Development in Washington D.C. and Canada World Youth at the time of his death in North Vancouver on November 1, 2004.