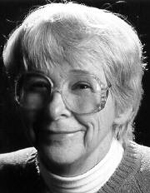 
Born in Alberta, Pat Duffy Hutcheon is "a mixture of American Irish and Canadian right back to the United Empire Loyalists and an early nineteenth-century union of a Huron lady with a Scottish fur trader." A longtime interdisciplinary scholar, her undergraduate degree from the University of Alberta was in education with a major in history; her M.A. from the University of Calgary was in sociology and anthropology; her PhD from the University of Queensland, Australia focused on the social-psychological aspects of sociology; and, during a stint at Yale University on a Fellowship, she had the opportunity to study Southeast Asian Studies and social theory. A lifelong interest in the connections between biology and animal/human social behaviour stems from experience as a child and young wife on Canadian prairie farms. She was a secondary-school history teacher before joining the faculty of the University of Regina, where she taught instructional 'methods' in social studies and the sociology of education, eventually becoming Head of the Department of Educational Foundations. Following a period at the University of British Columbia teaching courses in the sociology of education and early childhood education, she served as a director of the Vanier Institute of the Family and as a research advisor to the Health Promotion Branch of the Canadian federal government. She is a sociologist and retired university professor, living in Vancouver. [author photo 1994]

In June 2000, she was named 'Canadian Humanist of the Year' by the Humanist Association of Canada, and in the following year, received the "American Association's 'Humanist Distinguished Service Award.

In May of 2003 she was honoured as a pioneering graduate by the University of Calgary's Department of Sociology, at the 40-year celebration of their founding.

A Sociology of Canadian Education (Nelson of Canada, 1975); the first textbook ever published on that subject.

The Road to Reason: Landmarks in the Evolution of Humanist Thought (Ottawa, Canadian Humanist Publications, 2001; translated and published in Japan in 2004).