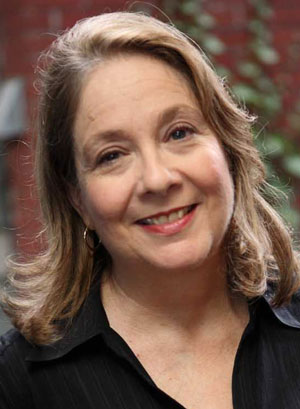 
Susan Inman's After Her Brain Broke: Helping My Daughter Recover Her Sanity has been recommended by the National Alliance on Mental Illness (NAMI) in the US, EUFAMI in Europe and the Mood Disorders Association of Canada.

Susan Inman came to BC from the US in the early 1970's and, except for grad studies back in the US (MA, UCLA), has lived in Vancouver ever since. She has taught English and drama at Windermere Secondary School in Vancouver for almost twenty years.

After Susan Inman's younger daughter developed a catastrophic schizoaffective disorder in 2000, she has written and spoken extensively about issues related to serious mental illnesses. Her articles have appeared in The Globe and Mail, the Province and The Tyee.

Her book After Her Brain Broke: Helping My Daughter Recover Sanity (Dundas, Ontario: Bridgeross 2010) has an introducton by Sen. Michael Kirby, Chair of the Mental Health Commission of Canada. He writes:

"Susan Inman's account provides glimpses of the heartache and devastation a family experiences when mental illness strikes. In a measured tone devoid of drama or embellishment, she describes her travail over nine years of her daughter's illness, a 'devoted and desperate' mother.

"Susan's heart wrenching account is an important reminder of the work we still have to do to ensure that people with mental illness and their families get the same treatment and respect that individuals with physical illnesses receive. It is also testimony to the devotion and dedication of families, which sadly often comes at the expense of their own well-being"

Inman has been vice-chair of the Family Advisory Committee (FAC) of Vancouver Coastal Mental Health Services (VCMHS). Since 2005, she has been involved in organizing an annual Family Conference co-sponsored by the FAC, VCMHS, the BCSS, and the Mood Disorder Association of BC.

A Past President of the Vancouver/Richmond Branch of the British Columbia Schizophrenia Society (BCSS), she received, in 2005, an award from the BCSS in recognition of her "outstanding service and dedication to alleviate the suffering caused by schizophrenia and other serious mental illnesses"

She created and produced, in partnership with the Schizophrenia Society of Canada, the BCSS, and Playwrights Theatre Centre (PTC) in Vancouver, the This Is a Spoon one act playwrighting contest for scripts dealing with schizophrenia. This national contest culminated in June, 2003, in two evenings of performances of professionally staged readings at PTC of the winning script.

Susan received a BA from Swarthmore College and an MA from UCLA.