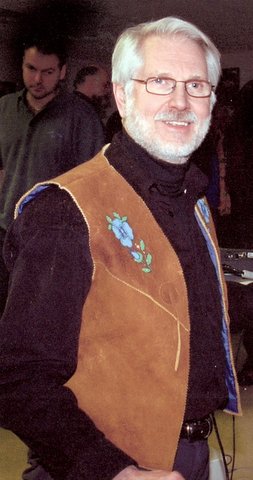 
Jake Ootes wrote Umingmak: Stuart Hodgson and the Birth of the Modern Arctic. Umingmak is the Inuit word for muskox and a symbol of strength, authority and protectiveness. It was also the nickname the Inuit gave Stuart Hodgson, the first resident commissioner of the Northwest Territories, who arrived in Yellowknife in 1967. Commissioners and their council were appointed then and Ottawa gave Hodgson the mandate to establish a modern, self-elected government in NWT with Yellowknife as its capital. Hodgson succeeded and did so, as Indigenous leader, James Wah-Shee, chair of the Tlicho National assembly says, through recognizing the importance of governing by consensus, which is "the Aboriginal way -- and this is part of his legacy." Ottes' book also tells how Hodgson co-founded the Arctic Winter Games, organized three royal visits to the NWT, and united the entire population of about 26,000 people spread over 3,400,000 square kilometers in fifty isolated communities.

Jake Ootes, who worked with Hodgson in the NWT, lives in Celista, B.C. and runs a winery.