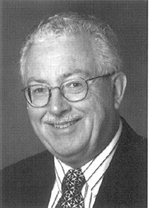 
As a professor of Language Education at UBC, Ronald A. Jobe became the first North American president of The International Board on Books for Young People (IBBY) and helped establish a network of "children's literature roundtables" across Canada. He has been awarded the International Reading Association's Arbuthnot Award for excellence in teaching children's literature. In recognition of his career, UBC's School of Library, Archival and Information Studies has endowed the Ronald Jobe Children's Literature Scholarship for students in the Master of Arts in Children's Literature Program. Cultural Connections (1993) is Jobe's resource for any teacher who wants to help students use the best children's books to explore cultures through each different culture's literature and authors. He is also co-author, with Paula Hart, of Canadian Connections (1992), designed to help teachers and librarians integrate good Canadian literature into other subject areas.

At a 1999 children's literature roundtable conference, Ron Jobe, resplendent in jacket and tie and turquoise tropical-print dress shirt, enthusiastically maintained the most effective way to get reluctant readers to read was to provide them with books on topics that genuinely interested them. His book entitled Reluctant Readers: Connecting students and books for successful reading experiences (Pembroke, $14.95) was a joint project between Jobe and University of Victoria professor Mary Dayton-Sakari. According to BCBW reviewer Louise Donnelly, it provides a variety of strategies, activities and techniques for turning non-readers, from grades three to six, into enthusiastic book-lovers. Reluctant readers, the educators believe, avoid the fear of failure by denying a need to read. They identify several recognizable categories the kids fall into, based on what the kids believe about themselves-I can't; I don't know how, I don't care-and the best resources and strategies to counter those beliefs. Dozens of annotated lists of suggested reading and a bibliography of more than 1000 titles are included. With Mary Dayton-Sakari, a professor at University of Victoria, Jobe has also co-authored Info-Kids: How to Use Non-fiction to Turn Reluctant Readers into Enthusiastic Learners (Pembroke, 2002). In association with his retirement from teaching at UBC in 2007, donations were solicited for the "Ronald Jobe Children's Literature Scholarship" c/o UBC Annual Giving, 500-5950 University Boulevard, Vancouver, B.C. V6T 1Z3.