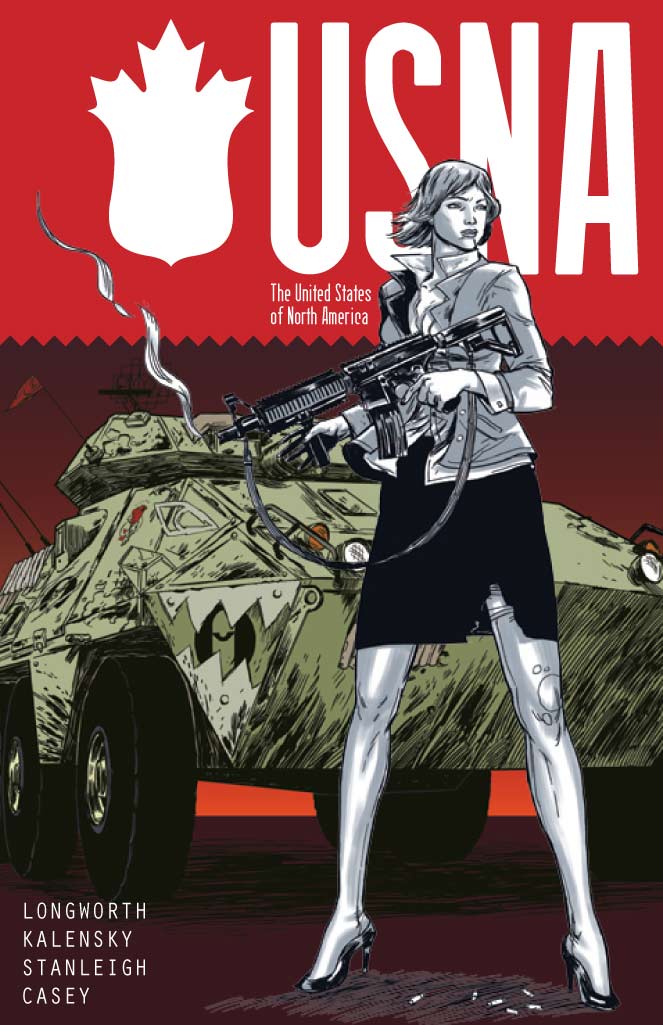 
USNA: The United States of North America is a cooperatively produced, futuristic, self-published graphic novel from David Longworth, Harry Kalensky and Allan Stanleigh, with art by Francine Delgado, and lettering by Chris Barrett. It was followed by USNA II, Book One: The Match is Lit. The collective tag for the authors is The Reel Write Brothers, indicating various associations with the film industry.

These novels imagine an amalgamation of the U.S. and Canada resulting in discontent from mavericks who resent the consolidation of authority and control, particularly within the former realm of Canada. Led by Emmett O'Brien, a rebellion arises in Chicago, San Francisco and Halifax.

The promo literature states: Harry Kalensky is the original and award-winning bass player of Canada's Trooper, known for their Canadian Rock standards Two For the Show, Boys In The Bright White Sportscar, Santa Maria and many more. As an actor, he has appeared in numerous television and movie productions. Davy Longworth has been active in the arts community for over 40 years, as an actor with over 90 credits in film, television and stage performing. He is also an active cowboy poet and has produced two cowboy poetry and music CD's: Bards and Pards - Outstanding In Their Field, and Pick-up Pomes. Allan Stanleigh has had an eclectic career working as a writer, producer and in the film industry. He is the author or co-author of nine feature length screenplays of which three have been optioned, and has produced many live performance events, and taught film-making and writing. Francine Delgado was born in Costa Rica, and currently lives in Vancouver where she studied concept art. She works as a senior designer at Nerd Corps.