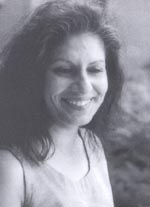 When India was partitioned in 1947, "at least 500,000 people are estimated to have been killed, and many women were abducted or raped,"; according to Sukeshi Kamra's Bearing Witness: Partition, Independence, End of the Raj (U of C $49.95). "It is estimated that no fewer than 11 million Hindus, Muslims and Sikhs crossed borders, which to this day remains the single largest episode of migration in history."; A professor at Okanagan University College, Kamra includes speeches, cartoons and fictional accounts in her study. 1-55238-041-6