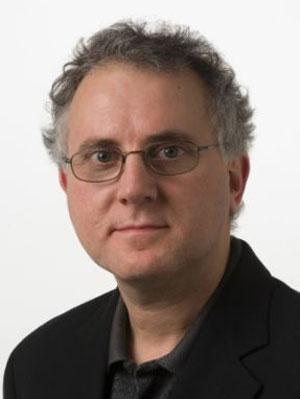 
After his first novel The Evolution of Inanimate Objects: The Life and Collected Works of Thomas Darwin (1857-1879) was republished in hardcover and paperback by HarperCollins UK, Harry Karlinsky has published an equally audacious second novel, The Stonehenge Letters (Raincoast 2014), commencing with the mystery as to why the world's most renowned psychiatrist, Sigmund Freud, never received the Nobel Prize even though he was nominated 33 times. Weaving fact and fiction, the novel follows the research of a psychiatrist who digs through the Nobel Archives in Stockholm looking information about his hero, Freud, only to uncover a secret competition created by Alfred Nobel to solve the mystery of Stonehenge.

Among the museum's unsolicited self-nominations in the 'Crackpot' file, the protagonist finds six letters to Mr. Ragnar Sohlman, executor of Alfred Nobel's will, five of which are from Nobel laureates including Rudyard Kipling, Ivan Pavlov, Teddy Roosevelt and Marie Curie. Each of these letters provides a different explanation as to how and Stonehenge could have been constructed. It turns out, in The Stonehenge Letters, that Alfred Nobel added a secret codicil to his will stating that "a prize - reserved exclusively for Nobel laureates - was to be awarded to the person who solves the mystery of Stonehenge." The sponsor of the Nobel Prize was motivated by a young woman's passionate fascination with the marvel of Stonehenge.

Karlinsky's first novel similarly provides an imaginative investigation into the family annals of Charles Darwin. Specifically, The Evolution of Inanimate Objects (Insomniac Press 2010) focuses upon the last of his eleven children, Thomas Darwin, who died suddenly of tuberculosis while travelling as a young man in Canada. According to Harry Karlinsky's novelized version of the story, however, Thomas Darwin actually died in an American asylum in 1879.

Karlinksy's novel, presented in the form of a biography, has blurred the line between research and invention in favour of a good story. The early life of Thomas Darwin is little-known and there are only scant references to him in his famous father's correspondence. In this respect, Eric Nicol's fictitious book about Charles Dickens' son serving in the RCMP, Dickens of the Mounted, comes to mind, as well as George Fetherling's more recent novel about Walt Whitman.

The Evolution of Inanimate Objects was longlisted for the Wellcome Trust Book Prize. According to publicity materials, "While carrying out historical research at Ontario's London Asylum, psychiatrist Harry Karlinsky comes across a familiar surname in the register, one "Thomas Darwin of Down, England." Could this Thomas, involuntarily admitted to the asylum in 1879 as "dangerous to others," be a relation of the eminent scientist Charles Darwin? And what might have brought him to this place, where he died alone, a world away from home? In a narrative woven from letters, memoir abstracts, photographs and illustrations, what emerges is a sketch of Thomas's life -- from his earliest days at Down House and schooling, through his scholarly works, collected together here for the first time, to his confinement and death within a North American asylum.

"In this stunning factitious biography, Karlinsky gives us a subtle parody and a Nabokovian tale of Darwinian theory gone wrong. Through the sometimes doctored, sometimes invented writings of historical figures, we see the tragically short life of Thomas Darwin, the last of eleven children born to Charles Darwin, and a young scientist in his own right, whose novel application of evolutionary theory centres on knives and forks and spoons. Although decisively a work of fiction, The Evolution of Inanimate Objects invites sustained uncertainty as to whether Thomas Darwin is a character of pure invention or simply a heretofore little known figure, one reclaimed from the dusty registers of the London Asylum by the diligent research of Karlinsky: scholar, historian, and first-rank provocateur."

Karlinsky's honours include Baycrest Hospital's Munk Geriatric Award; a Clinical Traineeship Award from the College of Physicians and Surgeons of Canada; a Lady Davis Visiting Professor Fellowship, Technion University, Israel; the 2003 CPA/COPCE Award for Outstanding Continuing Medical Education Activity within Canada; the 2004 Lil Hewton Bursary Award to conduct archival research related to the history of psychiatry; the inaugural UBC Faculty of Medicine Innovation in Continuing Medical Education Award; and the 2010 Canadian Mental Health Association, BC Division's Professional Services Award. He has written and taught extensively on Alzheimer's disease, psychiatry and information technology, and the clinical and educational applications of films in mental health.