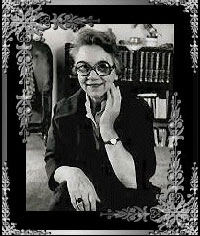 
Born in 1925, Karola Kautz grew up in Germany during the turbulence of World War Two. She had a keen interest in ancient history and religions as well as in the nature of God and humanity.

Kautz traveled through much of Europe after the war, and toured ancient sites in Egypt and Mexico before settling in Canada in 1956. In Toronto in 1972 she founded The Society For The Interpretation Of Ancient Texts (SIAT) to interpret ancient records according to the system of symbolism which she had recovered.

Collaborating with numerous scholars and experts in various scientific fields, and under the mentorship of Hebrew linguist, R.K. Harrison of Wycliffe College, Toronto, for biblical interpretation, Kautz produced numerous written works which remain in the care of her family.

After moving to B.C., Kautz tried to publish a work variously titled as The Ark Of Noah, or Noah's Ark Did NOT Land on Mt. Ararat, around 1988. It was an attempt to prove the existence of a world-wide deluge during which Noah built his ark and Babylonians built theirs as did other cultures. Shortly before she died she did manage to have printed Revelation - Will There Be A Doomsday? but the title was meant to be Revelations - There is NO DOOMSDAY For Mankind!