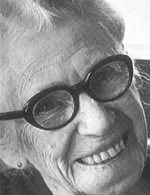 
Georgina Keddell wrote the story of her parents who started two signficant newspapers in B.C., first the Bridge River-Lillooet News in Lillooet, then the Alaska Highway News in Fort St. John. Her mother Margaret "Ma" Murray was a handful. Obstinate and colourful, she could always be depended upon for a saucy, homespun quote whenever the urban media wanted to hear from an entertaining rustic. Born in Windy Ridge Kansas on August 3, 1888, she left school at age 13 and came to Vancouver in 1912. The next year, as a bookkeeper, she married her boss, newspaper publisher of the Chinook, George Murray, born in Woodstock, Ontario in 1890. After her children Georgina and Daniel were older, she published Country Life magazine. George Murray was involved in a variety of newspapers including the Howe Sound News and the Cariboo News. Country Life ceased publication in 1928. They moved to Lillooet and founded the weekly Bridge River-Lillooet News in 1933. During World War II, they moved to Fort St. John and started their second paper, Alaska Highway News, leaving their son in charge of the first. George Murray was a Liberal MLA for Lillooet (1933-1941) and a Liberal MP for Cariboo (1949-1953). The Murrays returned to Lillooet to take over their operation there in 1959. Margaret Murray was accorded the Order of Canada in 1971 and later became the subject of a biographical, one-actor play by Eric Nicol! entitled simply Ma!, starring Joy Coghill, that premiered at the Waterfront Theatre on Granville Island. She died on September 25, 1982.