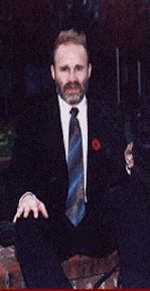 
In Kenneth Keillor's autobiography The Clawing Tree, the former Postmaster is raised by 'a violent, sadistic, adulterous, wife-beating, alcoholic father' and molested by a male stranger at the age of five. Keillor also recalls the scandal that ended his career with Canada Post Corporation and resulted in the filing of a $10,000,000 lawsuit to get their attention. Also recalled are the court cases Keillor fought and won after falsely accused men released their lawyers to seek his advocacy; Keillor's three election bids for the Mayoralty of Abbotsford and his founding and presidency of The Freedom Party of British Columbia. Since working at Canada Post, Keillor has been a singer, musician and recording artist. He lives in Abbotsford.