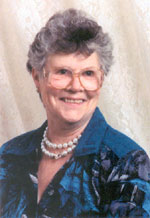 
Born in 1920 and raised within a religious family in rural Alberta, Louise Kennedy was forced to marry a brutish husband at age 17. She lost three of her children, two to accidental death and one to murder, and coped with abuse, sexual trauma and alcoholism. She expunged her lifelong pain and guilt with a compelling, straightforward, self-published memoir, edited by Thomas Langley-Smith, Sex With All the Wrong Men: My Search for Love (Trafford, 2003). "I want other women to know how far we have come in having our voices heard," she writes. "When the Women's Liberation movement was recognized, no one was happier than I was. Today women have many choices, which they did not have in the early 1940s. After I was married, my husband Claude did not allow me to have any money. When I asked him for 50 cents he had to know what it was for, and mostly refused my request. When I asked him for 29 cents for deodorant, he told me I didn't need it: 'Wash yourself more often.' There was no welfare, no place to turn to for escape. Once you were married your parents did not want you back." 141200842-5