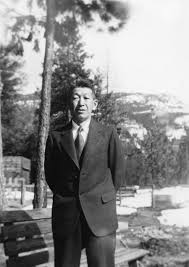 "When the federal government uprooted and interned Japanese Canadians en masse in 1942, Kishizo Kimura saw his life upended along with tens of thousands of others. But his story is also unique: as a member of two controversial committees that oversaw the forced sale of the property of Japanese Canadians in Vancouver during the Second World War, Kimura participated in the dispossession of his own community. In Witness to Loss, Kimura's previously unknown memoir--written in the last years of his life--is translated from Japanese to English and published for the first time.

"This remarkable document chronicles a history of racism in British Columbia, describes the activities of the committees on which Kimura served, and seeks to defend his actions. Diverse reflections of leading historians, sociologists, and a community activist and educator who lived through this history give context to the memoir, inviting readers to grapple with a rich and contentious past. More complex than just hero or villain, oppressor or victim, Kimura raises important questions about the meaning of resistance and collaboration and the constraints faced by an entire generation. Illuminating the difficult, even impossible, circumstances that confronted the victims of racist state action in the mid-twentieth century, Witness to Loss reminds us that the challenge of understanding is greater than that of judgment."