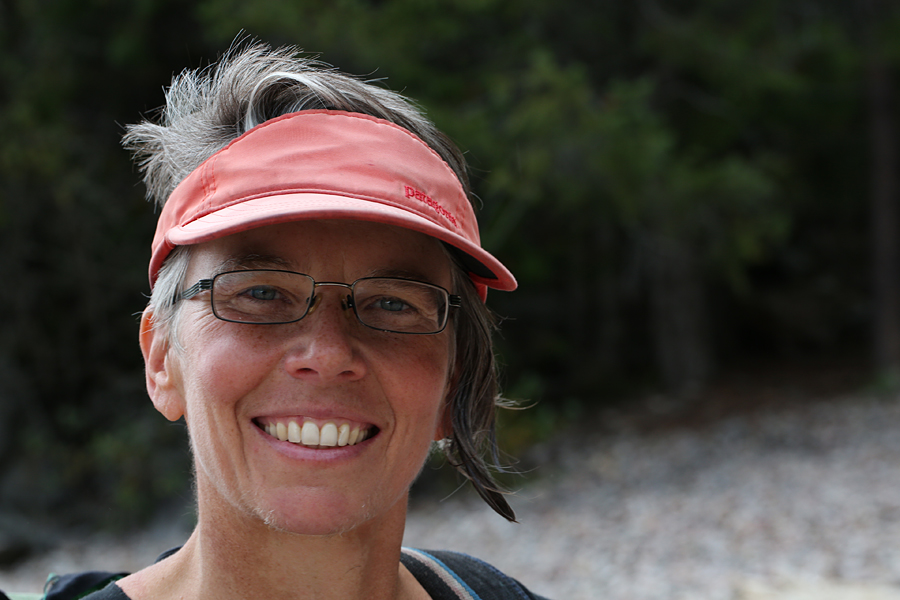 The germ of the idea for K. Linda Kivi's The Town of Nothing came when she was deep in the Purcell Mountains of the Kootenays, at a makeshift Jumbo Wild! protest camp in 2013.

"When Jumbo Glacier Resort manager Grant Costello showed up one day," says Kivi, "he pointed at a spot on the logging landing among the trees and said, 'This is the municipal boundary.'"

Kivi looked over and saw nothing different. It was wilderness on both sides.

"But there's nothing there, Grant," she replied.

When Costello left, she sat down and wrote a first draft for what she calls an 'all-ages' picture book called The Town of Nothing (Maa Press 2015). Although it has the appearance of a conventional children's book, it's a satirical account of how a few self-interested capitalists can mysteriously transform an unpopulated wilderness into something called a municipality.

The characters are entirely fictional and bear no resemblance to any person, living or dead, "especially not the mayor and council of the Jumbo Glacier Mountain Resort Municipality in B.C."

But Kivi does credit her local MLA Michelle Mungall, cited as a local official in the book, who stood up in the B.C. and declaimed the municipality was an absurd invention. "This town is nothing short of a sham!" says the local official, a proverbial voice in the wilderness. "It has fewer inhabitants than Gilligan's Island!"

To illustrate her parable of greed, Kivi approached fellow environmental activist and illustrator Amber Santos for her collaboration. "It was empowering for both of us, as well as our community," Kivi recalls, "to satirize the ridiculousness of the situation.

"When you've spent so many years trying to get basic democratic principles respected without much effect, a touch of humour goes a long way in lifting spirits and keeping up the fighting spirit."

The little book has been published as a fundraiser to help defray legal expenses for those who are fighting to stop the encroachment of the proposed resort.

Located in the traditional territory of the Ktunaxa and Sinixt First Nations, 55 km. west of Invermere, the resort was initially designed to occupy 6,000 hectares and provide access four glaciers.

The Jumbo Glacier Mountain Resort Municipality was since created by the BC government in 2013. Critics claim it was invented to circumvent regional planning processes around the controversial proposal to build a 7000-bed, 22 sq/km ski city in the Purcell Mountains.

Protestors such as Kivi have been active for more than two decades to stop the development process. An independant poll has determined more than 70% of the population in the Kootenays, including the Sinixt and Ktunaxa First Nations, have been "actively and vociferously" opposed to plans for the mega-resort concept since it was first proposed in 1990.

Among the protesters are Olympic gold medalist Becky Scott and former NHL hockey player Scott Niedermayer. "There are very few areas like this left in the world," he says, "and we should preserve it for future generations. I want my children and all British Columbians to be able to enjoy this area, just as I am able to.";

The Jumbo Glacier Resort was given its Environmental Certificate (EC) in 2004. It it had five years to start construction. After a one-time extension in 2009, the EC was set to expire on October 12, 2014.

According to opponents of the scheme, in 2014 Glacier Resorts "made a stab at creating something out of nothing" by pouring some concrete in an hazardous avalanche area in the Jumbo Valley but the B.C. government decided that this work did not constitute "substantial commencement" and cancelled their Environmental Certificate.

As of 2015, the West Kootenay EcoSociety was spearheading a case under judicial review that challenges the constitutionality of establishing a municipality without residents or an electorate, much less infrastructure.

Even though the cancellation of an EAO Certificate was a significant win for Jumbo Wild!, the proponent of the development might still choose to move forward with a resort for less than 2000 beds that could require a less vigorous assessment process.

Self-described Jumbo Wilders are committed to keeping the Purcells the way they are - "bear-ridden, sacred and wild." Their website is at http://www.keepitwild.ca/

With more than 50 peaks above 3400 metres, the Purcells have given rise to the largest protected area in southern B.C. including Glacier National Park and Bugaboo Provincial Park.

Situated between the Rockies to the east and the Selkirk Range to the west, the Purcell Range, only ninety kilometres wide on average, is a stunning array of lakes, glaciers and forbidding terrain, including some of the oldest exposed rock in North America. They are an important strand in the wilderness extending from Yellowstone National Park to the Yukon territory.

As K. Linda Kivi recalls in her foreword to The Purcell Suite: Upholding the Wild (Maa Press, $25), an anthology of appreciative essays she has edited, the Purcells received their name from a member of the Palliser Expedition, Dr. James Hector, in honour of Dr. Goodwin Purcell of Trinity College in England, a member of the expedition's selection committee.

One of the contributors, Ktunaxa elder Leo Williams, recalls the process by which indigenous peoples were eradicated or dislodged from the area ever since David Thompson became the first white visitor. "My church is there--outside," he says, echoing the sentiments of numerous essayists in the collection.

Marilyn James writes as the appointed spokesperson of the sinixt nation, "For those who don't know much about sinixt history, it is very important to note that the sinixt were declared extinct in Canada by the federal government in 1956, just prior to the signing of the Columbia River Treaty between the USA and Canada. Since the sinixt were the only Indian people on the Columbia River system in Canada, it is apparent to me, a sinixt, why we were declared extinct. We were in the way."

Proceeds from The Purcell Suite have also gone to support the Jumbo Wild campaign to counteract the proposed Jumbo Glacier Resort, two decades in the planning. The proposed real estate development in the remote Jumbo Valley would be near the edge of the northern boundary of the Purcell Wilderness Conservancy.

While living on a land co-op on a forested mountain slope near Nelson, Kivi previously channelled 15 years of eco-activism and explorations of the Columbia Mountains for her book, The Inner Green (Nelson: Maa Press, 2005), co-authored with Eileen Delahanty-Pearkes. It examines the threatened Woodland Caribou, geology, the role of fire in ecosystems and the historic presence of ocean salmon.

Kivi has also written a book about mothers and daughters entitled If Home is a Place (Polestar, 1995), and a chapbook. Co-written with Lyn Merryfeather, Joe Hetherington and Catherine Fisher, her third book, Fidelity, is an intimate memoir about polyfidelity, written to show what it takes "to ethically practice non-monogamy."

Her first book, Canadian Women Making Music (Green Dragon Press, 1992), is a history of women's involvement in the music industry in Canada since confederation as well as featuring interviews with 12 contemporary women musicians and composers.