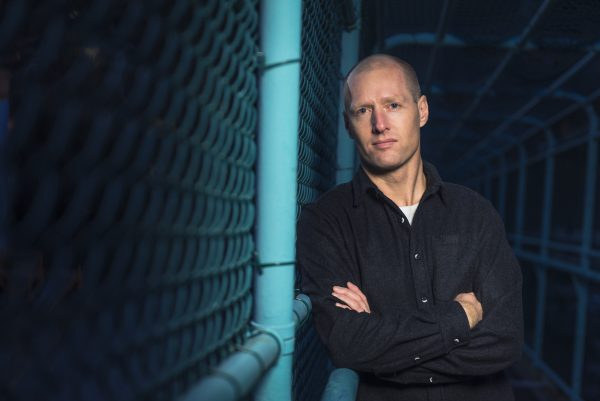 
Vancouver resident Arno Kopecky (right, photo by Christopher Edmonstone) is a journalist and travel writer. His dispatches have appeared in The Walrus, Foreign Policy, the Globe and Mail, Maclean's, the Tyee and Kenya's Daily Nation.He has covered civil uprisings in Mexico, cyclones in Burma, Zimbabwe's 30-year dictatorship and election violence in Kenya.

In June 2009, 60 soldiers slipped into the bush above the Devil's Curve - a notorious bend in the highway connecting Peru's northern Amazon to the outside world. The soldiers had orders to dislodge the 3,000 Awajun natives who had been camped there for the past two months. At issue was the lease of three-quarters of the jungle to foreign oil and mining interests over the previous decade. The subsequent clash was deadly.

Kopecky picks up the story where the news left off. Travelling to Peru and Colombia, he follows left-wing politicians on the campaign trail and winds up in gunfights to untangle the story behind the stand of the Awajun people -- and the Canadian gold mine that provoked their drastic action.

In The Environmentalist's Dilemma, Kopecky tackles one of the main predicaments of our times: climate change brought on by Western society's lifestyle. The planet may be dying, but humanity's doing better than ever. Acknowledging both sides of this paradox, Kopecky enters a realm of difficult decisions: Should we take down the government, or try to change it from the inside? Is it okay to compare climate change to Hitler? How do you tackle collective delusion? Should we still have kids? And can we take them to Disneyland? Throughout, Kopecky strikes a note of optimistic realism as he guides readers through the moral minefields of a polarized world.

The Oil Man and the Sea: Navigating the Northern Gateway won the 2014 Edna Staebler Award and was shortlisted for the 2014 Hubert Evans Non-Fiction prize and the Governor General's Award for non-fiction.

Review of the author's work by BC Studies:
The Oil Man and the Sea: Navigating the Northern Gateway