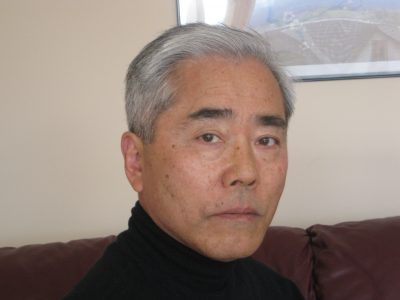 
Kunio Yamagishi did not experience the Japanese-Canadian internment camp himself, as he was born in Fukushima, Japan, and educated in Tokyo. He then immigrated to Canada without knowing about the internment camps. He was devastated when he found out about it, and has suffered from ambivalence towards Canada since. One of the ways he was able to reconcile that dilemma, together with the Canadian Government's official apology, was write a fictional book, The Return of a Shadow (London, Austin Macauley, 2018). His novel is based on historical facts, but his protagonist, Eizo Osada, is fictitious. In the 1930s, Eizo leaves his wife and three young sons, one of them only two years old, to come to Canada to earn money for the family back in Japan. Then, Japan attacks Pearl Harbor and Eizo is sent to an internment camp. Eizo returns to his family after 43 years in Canada, but will his family accept him? In 2019, The Return of a Shadow was shortlisted for the Rubery Prize, an international book award for indie writers, self-published authors and books published by independent presses.